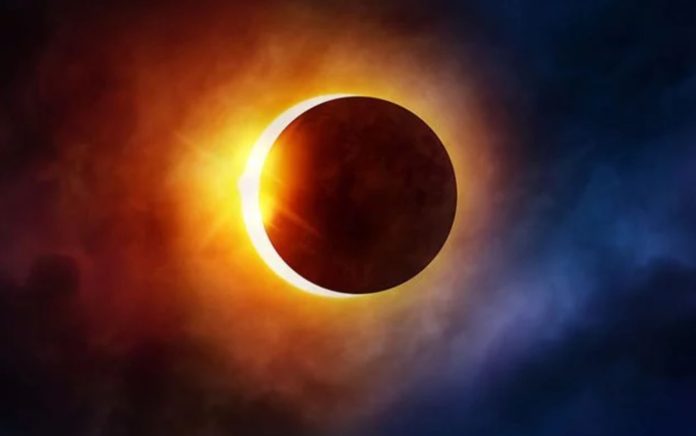 Third and final solar eclipse of 2018 will be observed today; however, it can not be viewed from Pakistan.

This last solar eclipse will be observed in many countries but unluckily not Pakistan. However, it will be observable in most of Asia, northern Europe as well as in some parts of North America. It should also be noticed that this eclipse is partial eclipse of Sun, meaning; incomplete neither full nor half. Only a small portion of the sun will be visible or hidden when the moon will pass between sun and earth this time. It might not be that glorious total solar eclipse that amused millions the previous year. On the other hand, it is quite likely that the expected audience observing this last solar eclipse will be significantly smaller.

What is an Eclipse?

An eclipse is an astronomical phenomenon, an episode that occurs when an astronomical object is momentarily hidden, either by moving into the shade of another celestial body or by having another planetary body progress between it and the observer.

The expression eclipse is generally used to describe either a solar eclipse or lunar eclipse.

While rotating around the Earth sometimes the moon comes between the Sun and Earth. When this happens, the moon obstructs the light of the sun from outreaching Earth which causes an eclipse of the sun, or solar eclipse. During a solar eclipse, the moon tosses a shadow on Earth.

As the moon rotates around Earth, the Earth orbits the sun. Sometimes when Earth comes between the sun and the moon, it conceals the sunlight that is mirrored by the moon making Earth falling its shadow on it. It is an eclipse of the moon or a lunar eclipse. A lunar eclipse can happen only if there is a full moon.

Eclipses that occurred this year

Before this, two lunar eclipses and two solar eclipses have been witnessed in Pakistan in 2018.

World to Observe the Longest Lunar Eclipse of Century Today