So what is food preservation? It is the concept of saving bulk food to use later for any reason. Thus, the big question remains, how to preserve food? Well, there are natural food preservatives available to use. There are different types of preservation techniques to utilize.

Here is the list of the top traditional food preservation methods to consider.

We may have heard of pickles as something savory to eat with curry. However, what many of us find surprising is that it was initially used to store food. It is considered as the oldest of the methods of preserving food items. Europe in the ancient times would regularly use such type of food preservation methods.

Salting is one of the other traditional methods of preserving eatables. It is a time-tested way in which the preservers use dry edible salt. The preserver will immerse the food item into the salt and keep it there for some time. Therefore, it remains a popular method for storing meat. Also, there would be an increased salt content in the meat you are preserving. Persons sensitive to use of salt must carefully consume such items consumed. We can use this method to preserve in bulk halal meat from Qurbani. 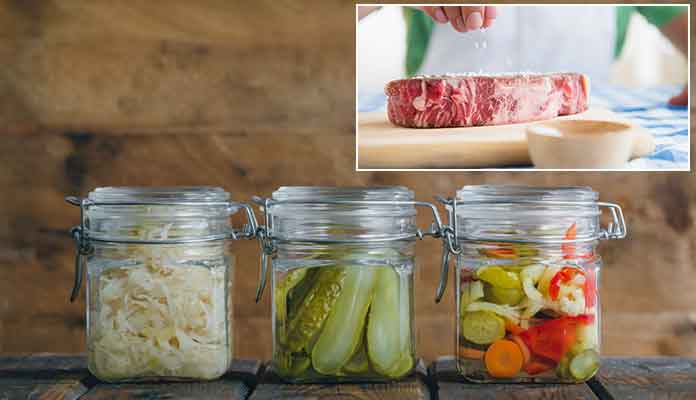 Smoking is another method that humans have used since ages to store eatables. However, before you can apply this technique, you need to apply dry salt to the item you need to save. Once you have applied salt, now you need to know the next important step. You can only use smoke by burning hardwood when storing an eatable. Besides the help in storage, smoked food also tastes and smells great.

Canning is yet another popular method of preserving a food item. You need to have a robust airtight glass jar for applying this food preservation method. Not just any ordinary glass jar, but the one with an air-tight seal lid on top of it. The jar is heated first, then the food item is placed in it, and then the air in it is slowly taken out of it. The absence of any air kills all bacteria in it, thus preserving food items for more extended periods of time.