Amazon Messaging App May Be in Works 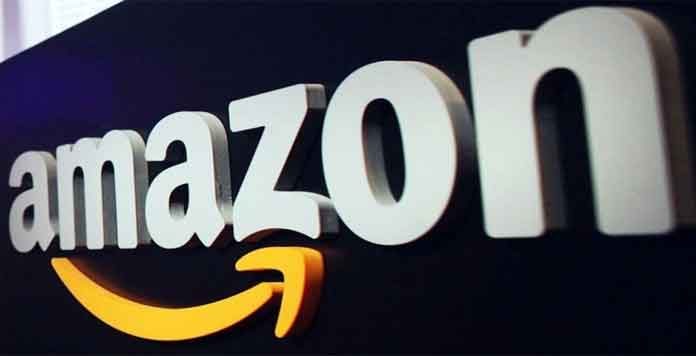 The Anytime app will have features like texting, videos, and photo messaging. The app is reported to have integrated games into it. The Amazon messaging app, according to the reports, may also have some amazing social media network features. The idea behind Anytime app is to help the users effectively communicate with each other, a function already done by many.

Anytime, the new Amazon messaging app will have to fight its way up to gain the market share. The messaging app space is already crowded with many apps. Examples include WhatsApp by Facebook, Signal, Frozen Chat, Chat Secure, and Wickr Me among others. WhatsApp alone has over 1.2 billion users all over the world.

What to Expect from Anytime Messaging App?

Amazon apparently understands the competition that its app faces. Therefore, it reportedly plans to come out strong with a plethora of features for its users. The Amazon messaging app will have features like video support & audio support, encryption, and stickers. Security has become a significant concern due to an increasing number of cyber attacks taking place online. Therefore, the app will let users encrypt the messages with a greater level of security.

Amazon wants to differentiate its app by not depending on phone numbers. Instead, the users will be able to handle communications via a username. The group feature will let you group chat with Anytime. The app will let you add the users via their name like a Twitter handle. Users will also get support for food ordering, music listening, and bill splitting. The app will also offer support for business chat since Facebook and Apple are already working on it. 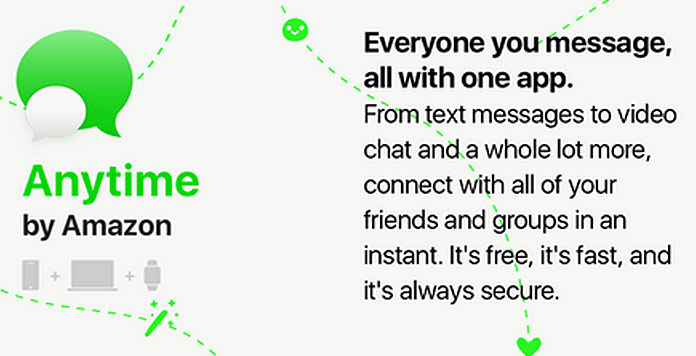 The company is already focusing its energies on the Alexa devices communication abilities. The renewed thought to these devices may also mean their integration with Anytime. The integration of the app with Echo Show, a voice driven product by Amazon, will open up many new possibilities. Echo Show brings to its users’ a lot of useful information like music lyrics, audiobooks, weather forecasts, shopping lists, and security cameras.

Amazon Wants to Rope in Social Media’s Power of Persuasion

We all know how social media influences shopping trends. Users tend to buy products that they have learned about from their friends and family members. Therefore, the use of Anytime will surely help Amazon users’ influence others to shop items from its website. However, it will remain interesting to see if Amazon can promote itself without getting involved in anti-competition practices. Since we know, Google also promoted particular products in ‘shopping’ search results for which it got penalized. So, sailing through the murky waters of EU legislation would certainly not be a walk in the park for Amazon Europe.