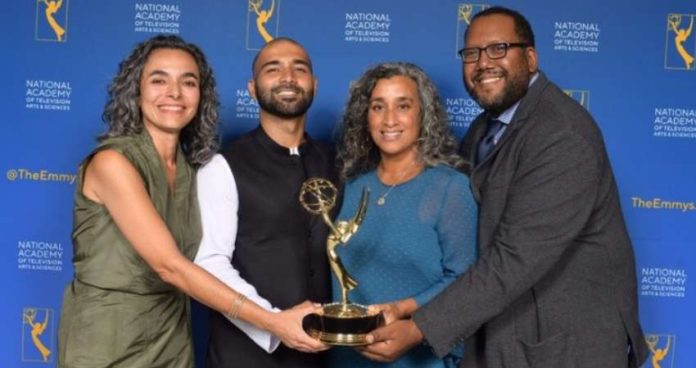 About Armed with Faith

Asad’s documentary features the struggles of Pakistani men who work with the Bomb Defusal Squad in Khyber Pakhtoonkhwa.

The other nominations in the category include No Greater Law, Separated: Children at Border, Reversing Roe and The Judge.

The work of Bomb Defusal Squad in Pakistan’s terrorism hit areas is indeed a life-taking task. Those who fulfill this duty are indeed selfless soul that show committed to saving humanity. Telling the story of these unsung heroes to the world is indeed a tough task.

Folks Congratulating Asad for His Win

It was just the beginning of Asad’s recognition as a filmmaker.

The praises were pouring in not for Asad’s talent but also for the theme and story that Armed with Faith told.

It was just a way to acknowledge the services and hard work of those unsung heroes who never care for their lives to save those of their fellow citizens.

The folks are also recommending others to watch this documentary which indeed brings into light the effort of those heroes who need to be celebrated more than those appearing in science fiction movies and pretending to save this world from some alien attack.

There are real people in the real world who jeopardize themselves when the life of others is on stake.