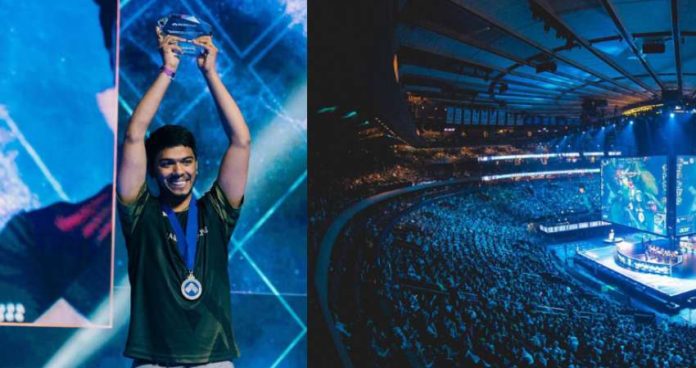 After winning EVO japan, the Pakistani gamer Arslan Ash wins EVO 2019 held in Las Vegas Nevada. He is the only professional player of Pakistan to have won an EVO contest.

Arslan Siddique also known as Arslan Ash, after winning EVO Japan, which is the biggest gaming computation In Asia has now won EVO 2019, the world’s biggest Esports computation in the world. While playing with Kazumi, the Pakistani gaming pro managed to defeat two-time champion Knee in the finals. Ash is the only Pakistani player who has won a gaming competition of this level.

In order to win, Arslan had to beat eight players from four different countries. After winning the tournament the champ went down on all four to thank GOD which was really appreciated by everyone.

Unlike EVO japan, EVO is a global event and feature players from all over the world. The multi-gaming event comprises of fighting gaming Dragon Ball FighterZ and Mortal Kombat 11 along with some other classic games.

Battle by the Bay

Evolution Championship Series also known as EVO is an annual gaming competition held in the US. Tom Cannon started the tournament in 1996 in Sunnyvale, California and comprised only of street fighter games. The tournament was named after one of street fighters series called Battle by the Bay. Over the passage of time the tournament grew and evolved. It later shifted its venue to Las Vegas Nevada.

The tournament in 2002 changed its name to evolution championship series or EVO and expanded the number of games participants could compete in. Originally the contestants used to play on arcades consoles, but with the advancement in gaming consoles, players started competing using PSP and XBOX 360.