737 Max Investigations Reveal the Use of Faulty Parts 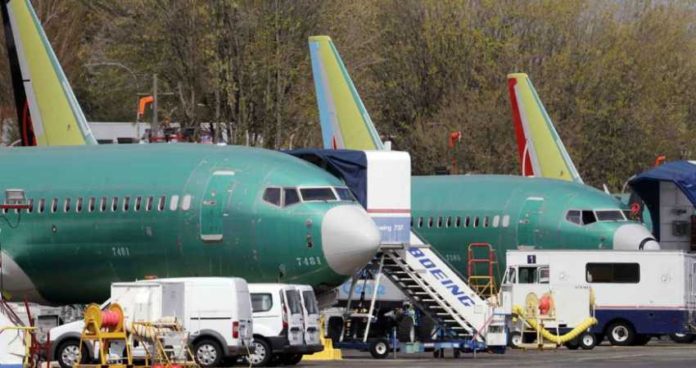 A further investigation by Boeing to find more cause behind the 737 max plane crash has brought forth shocking revelation. In a notice to the Federal Aviation Administration Boeing notified the authorities about poor quality parts used in manufacturing of planes.

The FAA after conducting a joint investigation with Boeing on Sunday said a hundred and forty-eight leading edge slat tracks manufactured by sub-contractors used in the 737 max production were of poor quality and could easily wear or tear in midflight putting the plane and passengers on board at risk.

The FAA further stated that the use of these parts would not result in the loss of an aircraft but could lead to an aircraft being damaged in midflight. The serial numbers of planes on which these parts were installed have been identified.

A mandate ordering all companies operating   737 max and 737 NG to take serviceable action to remove the faulty parts and replace them within 10 Days has been issued. International civil aviation authorities have also been alerted.

Since 737 MAX operated by lion air and Ethiopian air crashed, Boeing has been struggling to maintain its investors. The plane that was meant to create another benchmark legacy for Boeing and offer stiff competition to its rivals has become a living nightmare for it.

But that’s not where the problem ends despite making upgrades and constantly assuring investor that all issues had been dealt with it’s hard to say when the plane will make its return to the air or get re-certified.

After the horrible plane crashes different organization regarding aviation has started to question the competency of the once reputed Flight and Aviation Authority (FAA). Multiple media reports have come forth suggesting that the FAA knew about the flaws and still certified the plane.

Before the horrible incident had occurred, multiple complains regarding the planes anti-stall system had come forth, but little to no action was taken. All complaints received were brushed under the rug,  and false assurance were given to pilots in an attempt to keep the planes in the air.