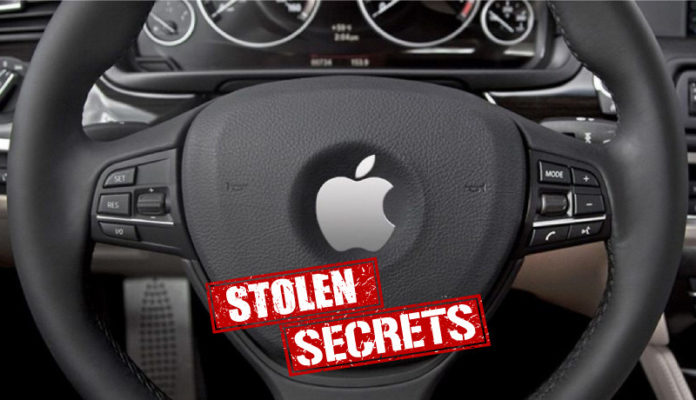 It only been six months since a Chinese citizen tried to steal apples secret documents on self-driving care and try to get away with it. Yet again another Chinese citizen hired by apple tries to steal more than 2000 file on the same project.

Who tried to steal Apple’s secrets

Jizhong Chen is an electrical engineer who was hired by Apple to work on its self-driving project. He was amongst the 1200 core team of personal who worked directly on the project.

According to media reports, suspicions arose when a colleague saw him taking pictures of the workplace and informed security. Apple security immediately launched an investigation and found more than 2000 Apple’s secrets files on his work computer that he had downloaded regarding the project.

The FBI after being informed by Apple conducted multiple interviews with Chen about stealing Apple’ secrets .he admitted to all the allegations placed on him. The FBI caught Chen while he was reportedly trying to escape with the smartphone giant’s project related secrets.

Chen for now is awaiting trial and could get up 10 yrs in prison and 250000 dollar fine.

Has This Happened Before?

This isn’t the first time a Chinese citizen is reported for trying to steal the company’s secrets. Just six month back another Chinese engineer named Xiao Lang Zhang was arrested when he too was trying to escape to china with secret documents regarding the self-driving car.

Apple started to investigate him when he said he was resigning to join a Chinese electric car company in china. Since then Zhang has pleaded guilty.

Speculations are arising that it could be just another event in wake of US-China trade war which is already slowing down China’s economy.

Well, it is not sure whether an employee who committed a theft had something to do with informing Apple’s Chinese rivals or not. Chinese smartphone giants like Huawei, Vivo, and Oppo are already eyeing at capturing the market share of their competitors by bringing innovation and providing quality in lower prices.

How this Even effects international politics

This event occurred at the worst possible time when China and USA are in the middle of a trade negotiatio. Intelligence agencies have reported that the Chinese government encourages such acts in an attempt to further advance its technological industries.

The event can be just a war between smartphone giants of a world or it may have something to do with US-China trade wars. It has revealed how both parties are willing to go every extent to become a market leader.