American Filmmaker Cynthia Ritchie Gets Trolled for Her Twitter Meltdown 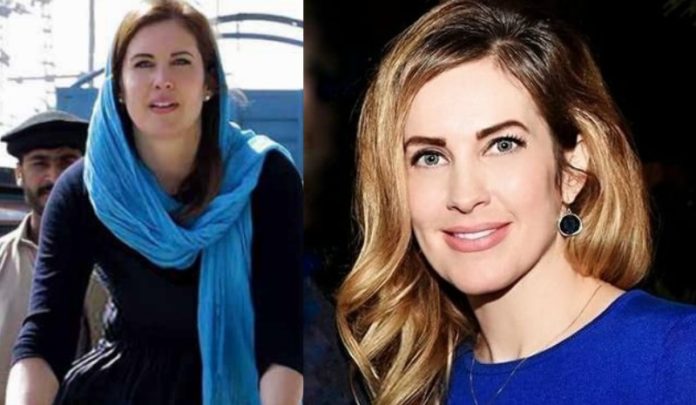 Twitter is indeed a popular platform for the war of words that often becomes so entertaining for the silent spectators. The year 2019 began on an interesting note for Pakistani Twitterati who got to see American filmmaker Cynthia Ritchie’s twitter meltdown that was totally in contradiction with her new year resolution.

In one of her Tweets Cynthia had to even say that “You are all fucking up with wrong bitch.”

It was indeed no less than drama for Twitteratie.

As per her Twitter bio, Cynthia Ritchie is a freelance media director, writer and communication consultant. She is in Pakistan from last several years and almost everyone at least from Pakistan’s Twitter users know her for she is representing a positive image of the country through her work.

She is actually doing great work to throw light on some really worth showing aspects of Pakistan and really deserved applause for this.

A look at her Twitter timeline reveals that Cynthia is just here to spread good words about Pakistan.

What Was So Interesting About Her Tweets

In her new year aims Cynthia mentioned that for 2019 she was not going to respond to peepS any longer.

In her tweet she also mentioned the State Department and threatened to take the matter to highest possible level, for libel was a serious matter.

It was really interesting to see how Cynthia couldn’t stick to her New Year aim and had a meltdown against those who called her out for allegdly justifying anti-Ahmadi sentiments in Pakistan.

A few days back Cynthia had tweeted something about Ahmadi community’s faith that was not perceived so well among country’s liberal intelligentsia for its likely potential to create a divide on a religious basis. The same faction of Pakistani people also believes that Cynthia Ritchie is not just a random White American obsessed with Pakistani culture but someone working on behalf of country’s establishment to spread good words about the land.

Apart from the debate on who is Cynthia and nature of her obsession with Pakistan, one thing is sure that her tweets in response to statements against her were a hilarious affair, not for their content but for their being a rebuttal to her New Year’s aim.