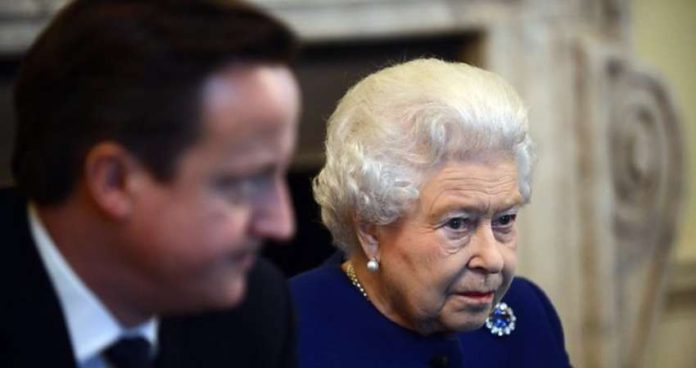 England former Prime Minister David Cameron during an interview with a journalist accidentally disclosed details about a conversation he had with Queen over the Scottish referendum in 2014.  This has not settled with the Queen

According to royal procedures, any conversation conducted in private with the Queen cannot be disclosed to the general public as it may not be suitable for them or it may be misinterpreted by the listener which may lead to unsettling events.

For this very reason, secrecy must be kept insured at all time, and these rules must be followed at times by current or ex-government employs especially serving or ex-state heads. The Prime Minister’s relationship with the  Queen and the state is a very unique one. He has access to all sorts of state secrets that may have a detrimental effect on the country’s economy or repute.

While talking to a journalist about how he spent his time in Downing Street and the various challenges he faced David Cameron spoke about the Scottish referendum held in 2014 during his premiership and how big of a challenge it was for him.

Scottish Referendum Of 2014 Was A Big Challenge

According to Cameron, the Scottish referendum was one of the biggest challenges he faced during his time in office. “I discussed this issue with various prominent and senior government officials including the queen’s sectary and eventually the Queen,” he said

“The conversation I had with the Queen was in no way improper but just a raising of the eyebrow, even, you know, a quarter of an inch, we thought would make a difference. “He added

We Are Not Pleased

According to media reports, a source inside the palace told one news outlet that his comments have caused great displeasure to Buckingham Palace and the Queen especially. The source further added that it’s not in the interest of some anyone to reveal personal information to the public in any way.