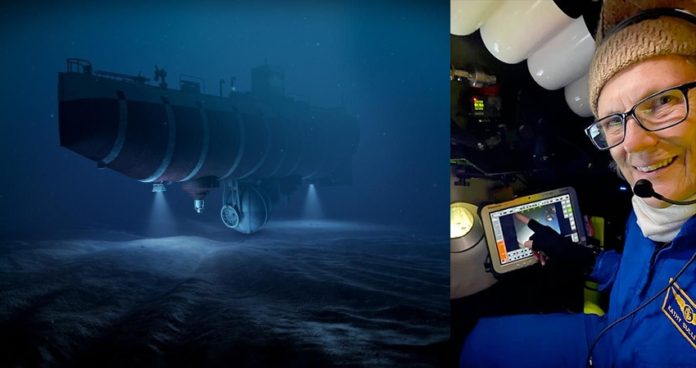 Former NASA Astronaut Kathy Sullivan was the first American woman to walk in space. Now she has become the first ever woman to dive into Challenger Deep. It is the lowest known location on earth situated at the bottom of the Mariana Trench in Pacific Ocean.

US Navy Don Walsh and Swiss oceanographer Jacques Piccard were the first ones to make this journey in 1960. After the expedition, Sullivan, 68, and the chief pilot and retired US Navy, Victor Vescovo, 54, celebrated their achievement by calling the International Space Station.

How Deep Is Challenger Deep

Pacific ocean is the largest among the current 5 oceans in the world. It has the deepest oceanic trench with a recorded depth of at least 36,037 ft. Challenger Deep is a small valley that goes further 7 miles deep after the floor of Mariana Trench.

Sullivan is the 8th person to visit the deepest point of earth. It is widely believed that if the highest point on earth, Mount Everest was placed in these waters, its peak would still be 1.2 miles short of crossing water level.

How Was The Journey For Kathy Sullivan?

Reportedly, it is a dark place with bone-chilling temperatures. The water pressure is equivalent to about 100 elephants sitting on top of a person’s head. It is also called hadal zone; a name given after the territory of Hades in Greek mythology.

Being a hybrid (oceanographer and astronaut) for Sullivan, this was a memorable day. She mentioned seeing the remarkable moonscape of the Challenger Deep and then compared notes with her colleagues on the International Space Station. It was regarded as a huge step for science.

Aim Of The Expedition

This adventure of Sullivan and Vescovo is part of the planned series of scientific dives by the Caladan Oceanic team. There are a total of three pools in and currently they have explored the eastern pool. Caladan Oceanic hopes to identify new species of deep marine life, observe volcanic vents, and map the U.S. Exclusive Economic Zone.

Reportedly this expedition was requested by the National Oceanic and Atmospheric Administration (NOAA). Sullivan was also a former administrator of NOAA. Before diving, she received robotics training to assist in collecting samples.

How Was The Deepest Point of Earth Named?

Similarly to the orbiter, the lowest point of Mariana Trench is also named after HMS Challenger. In 1875, the Royal Navy was the first vessel to record the depth of what is now known as Challenger Deep.