Gautam Gambhir And Shahid Afridi Fight on Twitter for Kashmir 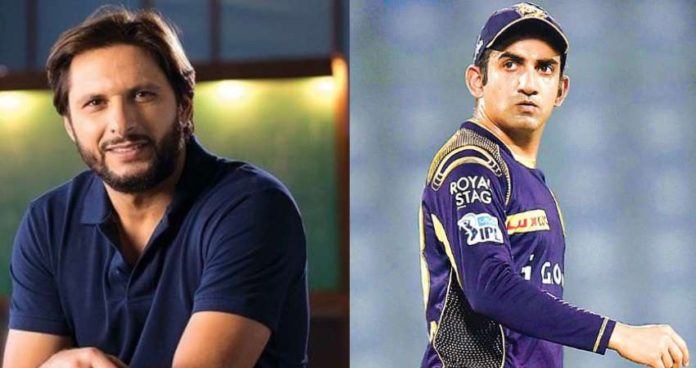 Ex cricketer Gautam Gambhir and Shahid Afridi have trolled each other in an epic social media fight involving the Kashmir issue. The recent episode of the Twitter clash between the veteran cricketers was more about who trolled their opponent in the best way.

Let’s A Look At Why Gautam Gambhir and Shahid Afridi are Fighting For?

The Kashmir issue is very sensitive for both Pakistanis and Indians.  The level of aggression exhibited by both of them is astonishing. The recent reinstatement of a curfew in Kashmir followed by abrogation of Article 370 has reignited the flames of tensions between the two.

The Pakistani government in an act to show its support for the Kashmiris has requested every Pakistani to come together every Friday around 12:30 at different locations all over Pakistan to protest against the Kashmir curfew.

In response to his tweet, the ex-Indian cricketer called him immature and implied that he was a stupid person who does not learn from past mistakes. The Indian player further requested Afraid not to embarrass himself by doing such things.

According to the former Indian cricket team, mental health coach Paddy Upton Gautam was one of the most insecure and the weakest he had worked with in his entire professional career. Instead of getting into a lengthy debate, the former Pakistani captain simply reminded him of this fact and hinted at him to shut up.

Other Pakistani celebrities while tweeting along similar lines requested other current and retired Pakistani cricketers to join them in the protest alongside Afridi.