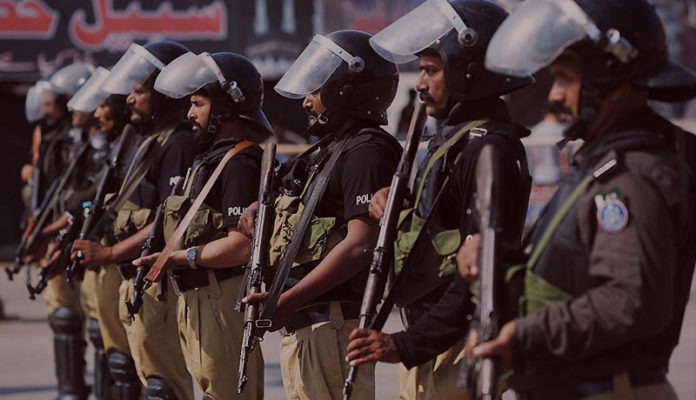 For years we have observed the strict security measures on the day on Ashura. This year the too Sindh Government had decided to maintain the legacy of severe security measures, to keep the event and Majalis more safe and sound.

This is a decision taken by the Sindh Government that there will be strict security all over Sindh especially in Karachi. These Security measures include Ban on “Double-Sawari” and blocked mobile signals in Karachi from morning till evening. Sindh Home Secretary Qazi Kabeer also told media that other regions including Hyderabad, Larkana, Khairpur, Benazirabad, Jacobabad, and Nawabshah will also face the dead signals dilemma because of security issues.

Other Regions Of Pakistan

Security measures for the other regions of Pakistan are not yet clearly defined by the government of these provinces, especially Punjab. As the terrorism threats are very common for Lahore, Punjab after Karachi. Yet there is no guideline regarding this matter. But taking a look at the past cellphones are going to remain dead in these days, for sure!

The famous scholar of Pakistan Dr. Tahir-ul-Qadri has shared his thoughts and emotions regarding Ashura over twitter

We commemorate the great sacrifice of Ima'am e Hussain (R.A) even after thirteen centuries have been passed. The battle of Karbala has clearly defined those on the right path as an emblem of Hussainiyat and otherwise as Yazeediyat. #Muharram

Not only the scholars but other people have also shown their love and respect for the Islamic month of Muharram and day of Ashura.

Ashura, for Shii, is a day of grief for the martyrdom of Husayn (ra). For many/most Sunnis, it’s also the day that Musa (as) fasted to thank God for the liberation of his people. In both accounts, the message is against tyranny and for liberation.

Whereas, in Gilgit Sunni community have to take the initiative of maintaining the security on Ashura for there Shia brothers.

Non-Muslims have also shown massive respect for the day of Ashura. In Karachi Hindu community have canceled the Ram Leela play in the respect of Muharram. This is a small step towards never-ending peace!

Not only Muslims but people all around the world have massive respect for the martyrs of Karbala. Amazingly! everyone is on one page here, and the title of that page is “Humanity and Sacrifice”.

Karbala, Tale Of Victory Beneath The Disguise of Sacrifice