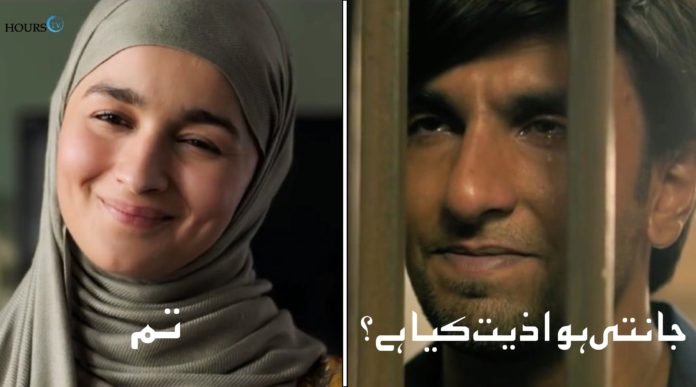 The year changes and so those funny relatable social media graphics that we call memes. It is just the beginning of 2019 and Bollywood has already started providing plenty of graphics as a dose of entertaining relatability in the form of Gully Boy memes.

Let’s have our share of laughter out of it.

Since Gully Boy teaser was out featuring Asli Hip Hop song by Ranveer, fans became excited that something amazing was coming. Later, when trailer released, it seemed perfect source for some memes to come apart from being a promising cinematic creation.

Like, this one that hinted Alia Bhatt and Ranbir Kapoor relationship.

Ranveer Singh’s this dialogue was on point, because all these mentions seems to be inspired from those Punjabi rappers.

Hey to all Desi Feminists, this is your thing…

A comparison of few boys

This one is going to be one of the most relatable Gully Boy memes. Even the film’s story is all about struggle of those Mumbai street rappers.

This Alia Bhatt dialogue is flexible enough to fit several situations but this Google thing actually true. Like, very often we look up for things on search engines only to get disappointed.

And, some Gully Boy memes were perfect to talk about recent India Vs Australia test series which put India into the limelight for its superb performance.

Something more about cricket.

Are you tired of seeing all those wedding ceremonies that were not yours…? Or seeing the social media statuses of your friends getting married but thinking when your time will come? Don’t just get distracted by this wedding season because your time will actually come.

And Aliya Bhatt’s “Mar jae ga Tu” . Just save them for use in future.

Gully Boy is all set to hit cinemas on February 14, 2019. The film is another masterpiece by famous director Zoya Akhtar and roams around an impressive story of Mumbai street rappers, like Divine. Gully Boy has put a seal on Alia Bhatt and Ranveer Singh’s ability to play versatile roles. Particularly, Alia Bhatt’s look in Hijab is a big win. Both these stars have already earned huge acclaim in the last couple of years by giving successful movies one after the other.