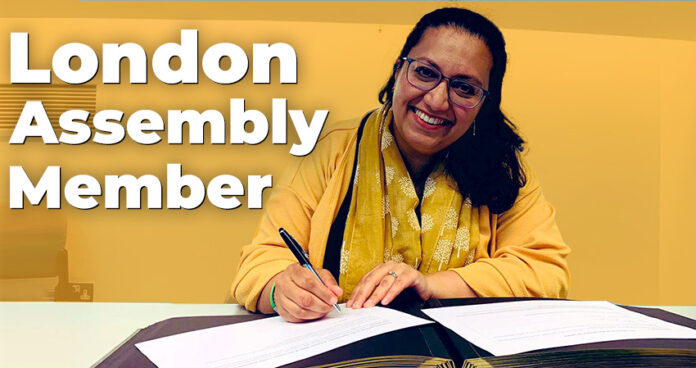 Hina Bokhari has made history by becoming the first-ever Muslim woman of Pakistani origin to be elected as a member of the London Assembly. She contested from the platform of Liberal Democrats. Bokhari took to Twitter to share this good news, which came on the Holy night of the month of Ramadan.

Who is Hina Bokhari?

Hina Bokhari is the daughter of the first-ever British Muslim headteacher Syed Nawazish Bokhari from Lahore. He was the teacher of London’s Mayor Sadiq Khan and inspired an entire generation of students belonging to minority communities to join politics.

Hina has been working as a primary school teacher for 20 years. She took a break from teaching to focus on new challenges in politics.

While talking to the media, she mentioned that the job of Mayor Khan was very complicated; hence, he needed to do more. She mentioned that her job would be to hold Khan accountable and to remind him that he made some promises to the people which needed to be fulfilled. Before becoming Mayor, Khan stressed about creating more housing and jobs in the city.

She has been updating about her political work on social media.

Hina Bokhari was also the first Muslim woman councilor to be elected in a Merton Council in 2018 local bodies elections.

The London Assembly consists of 25 elected members who are responsible for auditing the activities of the mayor. The body makes amends to the annual budget for Greater London. It also has to accept or reject various projects happening around the city.

It holds two-third supermajority power which can also be used to scrutinize draft statutory strategies by the Mayor. Moreover, it can investigate several problems that Londoners usually face like transport, crime (nabbing and stabbing), environment, and housing.

Syed Nawazish Bokhari died at the age of 73 on 1st March 2011. Talking to the media Hina Bokhari revealed that her father always taught her to give back to the people. She said he would be proud of what had daughter has achieved. She quoted her father who always said that it’s not about what a person has and what he does with it today, it’s about what he leaves behind for the next generation. She mentioned that her dream was to fulfill her father’s dreams.

Hina Bokhari hoped that other women who belong to ethnic minorities would take this development as a message that if she can do it, they can do it as well. She aspired to help those women gain the confidence needed to achieve their dreams.

She advised women to not be discouraged by mean remarks and be proud of who they were. She again offered her consultancy for Pakistani women to come forward if they want. She hoped to help them get through adversity and get involved in working towards a way forward.