Huawei Sues the US Government Over New Restrictions 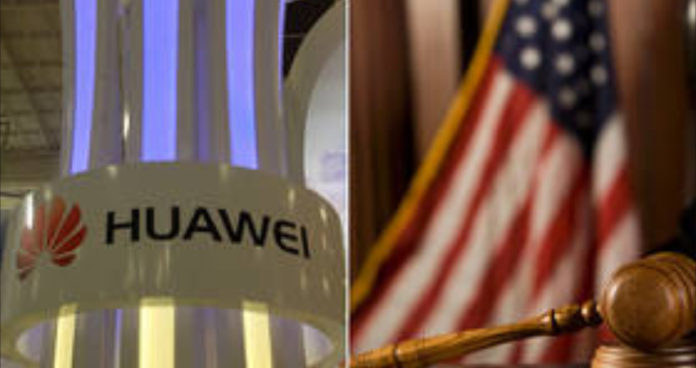 China’s leading tech firm Huawai has launched another lawsuit against the US government further fueling row between the two entities.

Huawei is Not Backing Down Anytime Soon

On Thursday morning the Chinese tech company Huawai which has been at the center of row between China and the US took the matter of restrictions imposed on it by FCC took to court. In the lawsuit launched the tech giant challenged the government’s decision to classify it as a threat.

The company’s chief legal officer, Song Liuping while speaking to the media said “the US  government repeatedly accused us  of being a security threat but has so far failed to present compelling evidences about it.”

He reportdly further alleged the US government is using unfair means to damage the business portfolio of the company because it was viewed as a threat by rival tech companies in the United States.

It Think The Trailer Ended And The Movie Just Began

This is the latest in the series of legal actions between the two. Before this the company launched another lawsuit challenging the government’s decision to forbid telecom operators on US government’s subsidies providing internet services in rural areas from buying Chinese manufactured equipment.

Implications for Restrictions on Huawei

The Chinese company is considered to be a leading figure when it comes to 5G technology deploment. This row between the United States and Huawei raised many questions regarding the future. During the 70th NATO Summit in London England’s Prime Minister Boris Johanson in response to a question stated “whether or not these Chinese companies will play a future role in the development of the UK’s 5G network for now is questionable. The allegation placed on them are serious and under any circumstances we cannot sacrifice the UK’s security.”

“If they manage to address these concerns adequately we will definitely love to take a look at their proposal” he added.

A business expert while commenting on the matter said if this row between the two entities continues both side of them will suffer. The company will suffer in terms of business while operators providing internet services in rural area and helping the people living there in connect to the world will suffer greatly.

Huawei Moves Its Research Center from US to Canada