Imran Khan Speaks on Who Should Get Nobel Peace Prize 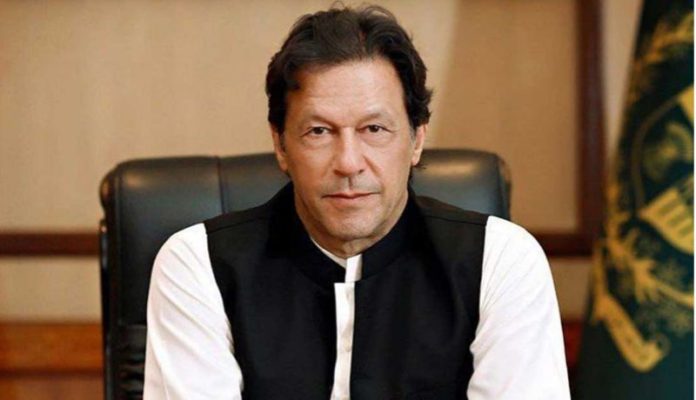 Prime Minister of Pakistan Imran Khan has emerged as a true statesman after going to every extent to de-escalate the recent Indo-Pak tensions. His peace gesture by releasing captured IAF pilot Abhinandan has made people demand a Nobel Peace Prize for him. Now Khan has spoken on the matter and told the world who should be getting this prize.

In a Tweet Prime Minister of Pakistan stated that the person worthy of this price would be one who would solve Kashmir dispute according to the will of Kashmiri people and pave the way for peace and human development in sub-continent.

People are in love with Imran Khan’s statement.

Why His Statement Won Hearts?

What Imran Khan said was worth it. The reason is that the nuclear-armed nations India and Pakistan come on brink of war due to unresolved Kashmir issue which is jeopardizing the peace of the region. If the world wants to see a de-escalation of tension in sub-continent then it must work for solving the Kashmir dispute according to the will of its people. So, Imran Khan is right to say that anyone who paves way for resolution of Kashmir issue deserves the Nobel Peace Prize and he/she can be anyone.

Folks are applauding Imran Khan’s statement and urging the Indian government to take this issue seriously.

People also highlighted what the struggle in Kashmir was all about. And, it was not the terrorism that Indian government was trying to curb but struggle of Kashmiri people to get freedom.

Or Imran Khan really won on PR front after defeating the war mongering narrative of PM Modi who is exploiting nationalist sentiments to gain votes in wake of upcoming elections.

India and Pakistan have fought three wars mainly because of the Kashmir issue. In past, all those military confrontations have taken place when both the countries had no nuclear weapons. But, now things are different as India and Pakistan have the ability to carry on nuclear warfare; something not only dangerous for the region but the entire world. Given such a threat to the lives of people of the world it is necessary that international bodies and governments play their role to resolve Kashmir dispute so that another world war can be avoided which, if happens can be lethal for its prospect of going nuclear.