India Air Defense Missile May Have Struck Its Helicopter Mistakenly 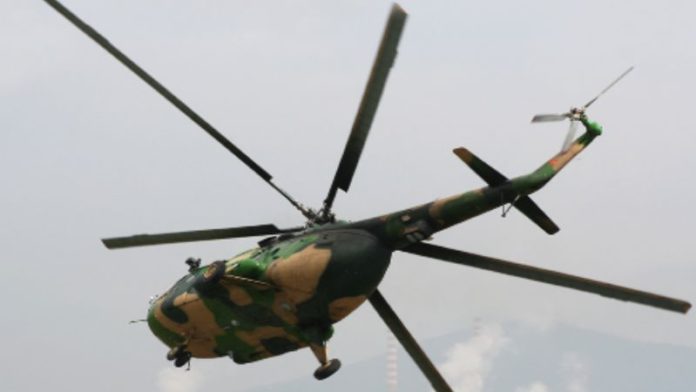 An Investigation by the IAF regarding the crashing of one of its helicopters on the 27th of FEB hints that an Indian Air Defense missile may have shot it down. The crash resulted in the death of six airmen and civilians on the ground.

Why Did An Indian Air Defense Missile Shot Down a Friendly Helicopter?

According to preliminary reports, an air alert was issued when reports surfaced about Pakistani fighters and armed drones entering Indian airspace in reaction to Indians so-called second surgical strike. All Indian Air Defense Missile was activated.

According to the media  reports, a missile of Israeli origin downed an IAF transport helicopter in the Jammu and Kashmir region mistaking it for an armed low flying Pakistani UAV or fighter intent on attacking Indian key military structures.

When an air alert is issued all transport plane and helicopter know what the standard sops are. There are set entrance and exit points those aircrafts need to follow. One important sop in this situation is to switch on your IFF system otherwise known as identify Friendly or Foe system. This system helps air defense systems and friendly patrolling aircraft identify you.

It is not clear whether the helicopter failed to turn on its IFF system or if the mechanism used to prevent friendlies from being targeted failed. In either case, the investigating officer has been provided all the information regarding the downed aircraft.

IAF’s Investigation of This Issue

The IAF top brass while talking to the media assured that anyone found guilty whether it’s the Indian air defense missile operator or someone else will be court-martialed immediately after the completion and submission of the investigative report. Any glitches found in the system will be fixed as soon as possible to prevent such incidents in the future.

In an official statement, the Pakistani air force acknowledged the involvement of PAF fighter in Dog Fight over Nowshera but negated shooting down any Indian chopper.

Chopper that Got Crashed

It was Russian made Mi-17 V5 helicopter that met such fate; It is said to be employed by various air forces around the world. The low maintenance and high performance make it the ideal candidate for air forces of the countries with a small budget.