Jeff Bezos Briefly Becomes the Richest Man in the World 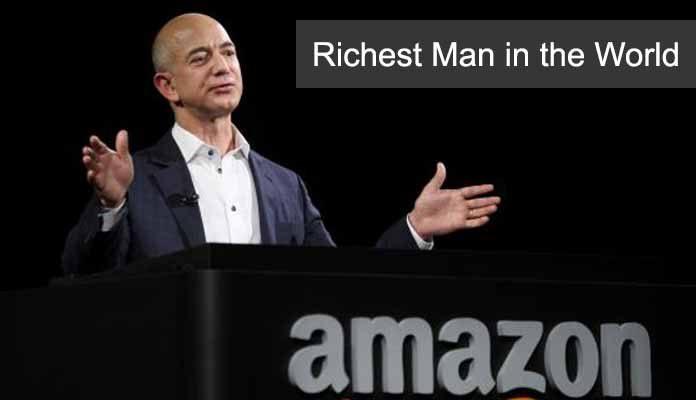 Jeff Bezos, the founder of Amazon, became the richest man in the world. Jeff Bezos net worth topped to $91 billion, getting ahead of Microsoft’s founder Bill Gates.

Jeff Bezos briefly became the richest man in the world due to a jump in his company’s share prices. The price increase in his Amazon shares led to Bezos’ wealth reaching $91 billion, just $1 billion more than Bill Gates $90 billion. However, as soon as Amazon’s share price dropped back, Bill Gates retained his position. Despite the fallback, the difference between the wealth of the two remains less than $1 billion. 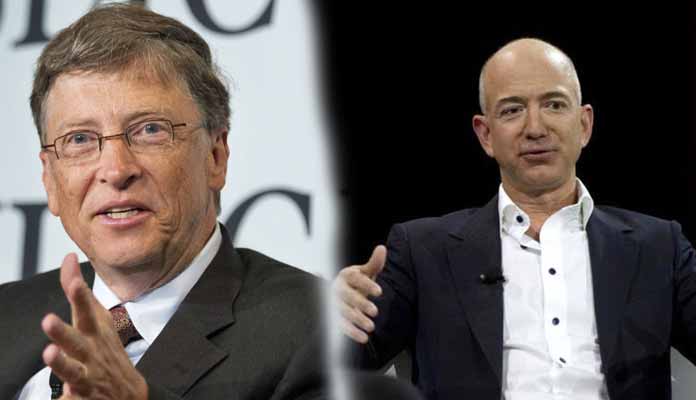 Jeff Bezos – The Road to Riches

The Founder of Amazon was born in Albuquerque, New Mexico in 1964. He usually does not attract a lot of limelight. However, he has followed an aggressive approach towards business. He bought Washington Post from his wealth. His ambition to travel to space led him to found a space travel company in 2000 named Blue Origin.

The company Amazon was formed back in 1994 which Jeff Bezos started from his garage. Initially, he would use the website to sell books. However, he later started venturing into other products too.

Amazon has an enormous presence within the online shopping space, holding a significant market share. Around 43% of all the US online sales come from this website. The Prime Service has over 64 million subscribers. Prime Service offers video streaming and free delivery services.

Amazon will be focusing on preparing itself for the Christmas season during the third quarter of this year. Therefore, it will see reduced profit margins due to increase in investments and new hiring.

Amazon is already on a winning streak. The company plans to invest around $5 billion in India, one of the biggest online consumer markets. Similarly, the company is already taking a deep interest in expanding to the Middle East. The company may acquire Souq to lead the UAE ecommerce market.

Amazon Web Service is one of the biggest cloud computing businesses in the world. The company saw an increase of 42% in sales to $4.1 billion. The company plans to expand the operations to other countries including China, Sweden, and France.

The company has recently acquired the food giant Whole Foods Market for a massive $13.7 billion. This move shows that the firm wants to go into different segments of the economy. The acquisition has also led to a positive vibe about the company’s bright future in the stock market.

The launch of Messaging App “Anytime.”

If all the above was not good enough, Jeff Bezos is in works to launch his messenger app “Anytime”. The app will have to compete with several other messaging apps already in use. Estimates suggest around 1.2 billion people around the world use messaging apps for communications. The Amazon app Anytime will have to make a place for itself in a crowded marketplace.