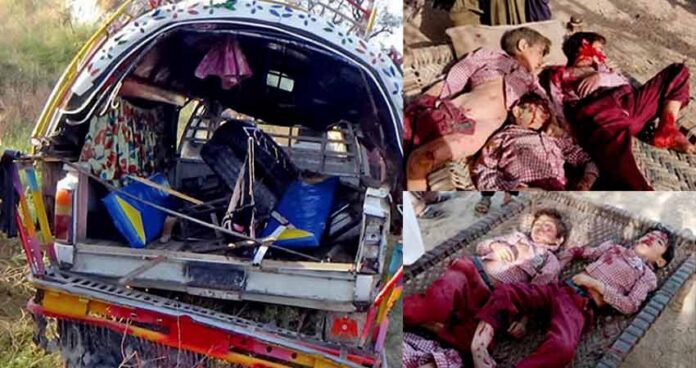 On Monday, March 29, 2021, a speeding passenger van on the Mehran national highway near Khairpur district in Sindh, Pakistan met a horrible accident. The unfortunate event resulted in the deaths of multiple school children and a person. The locals and the police officials helped the injured while angry families of the deceased revealed they rage out on the road.

Reportedly, the passenger van was overspeeding as it hit two motorcycles near Kot Lalu town, Khairpur District. The horrible accident took place on Mehran Highway. The collision snatched away the lives of a person along with four school children. The crash destroyed the vehicles completely.

Additionally, the ones who survived this terrible nightmare should consider themselves lucky since the van hit motorcycles pretty hard, said the witnesses.

How did Police and Locals Handle the Situation?

According to the police and locals, the people who were present at the Khairpur road accident instantly called the helpline to inform the officials. They also moved the injured as well as the departed to the nearest hospital of the locality. Besides, the policemen stated that the bodies will be delivered to the families after the postmortem.

The public opines that the passenger vans, busses, and trucks cause accidents like this on daily basis. They also showed concerns about to increasing rate of road mishaps and suggested that authorities should do something about it.

After the terrible Khairpur road accident, the families of the kids who lost their lives started protesting on the Mehran National highway against the transporters and district authorities. They set the tyres on fire to block the road.

How Is Public Responding?

A few months back, a similar case happened in India when a dumper killed fifteen sleeping laborers in a Surat road accident. The misfortune seemed like a massacre of innocent workers. Although, Indian PM Narendra Modi, took notice of it, expressed grief, and prayed for the injured.

The public of Pakistan expects at least a similar response from Imran Khan, Pakistan’s Prime minister. Other than that, transporters need to be more careful while driving on highways in order to keep the public safe.