CES 2019- Here Is Everything About LG’s Roll-Up TV 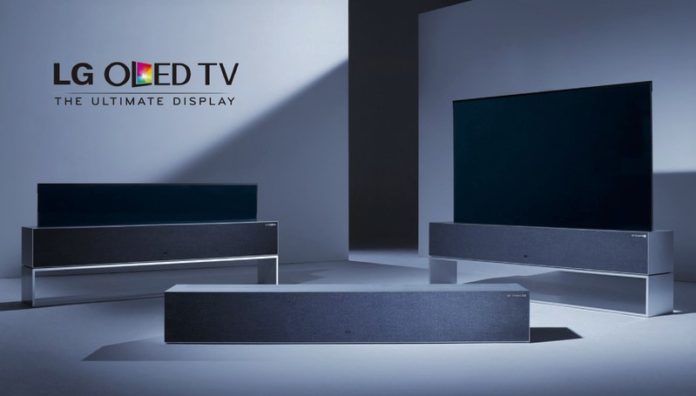 LG’s Roll-Up TV is creating hype at CES 2019 with its high tech design. South Korean tech giant has differentiated its flagship TV set through innovation in screen and it is enough to baffle a tech-enthusiast.

As expected, LG’s has brought a really cool innovation in the form its roll-up display TV screen. Company’s flagship for 2019 is a 65-inches 4k OLED TV, that it plans to offer for sale by the end of this year.

The TV set offered for sale will be similar to prototype but it will have additional 100-watt Dolby Atmos speaker to offer a better sound quality.

LG’s Signature OLED TV R is not merely about the display. In fact, it has several other functions. Like, Line Mode drops the display to its one fourth. Further, it also has features to allow users listen to music and change sounds to suit their moods etc.

What Is the Point of Offering a Roll-Up TV Screen

LG’s Roll-Up TV screen seems more about aesthetics than the features. Users who don’t want to see their walls all the time occupied with LED screen will find it great helpful. In fact, the concept behind it is simple. Just enjoy a multi-vision display when you want and make it disappear when not needed that too just with the help of a remote control.

Will It Appeal to the Masses

The aesthetic design of LG’s new high tech TV indeed seems to have an appeal for the masses but it may not be the ultimate choice in term of quality. The 4K OLED already has better 8K OLEDs as its alternate. Further, the premium product is likely to be too expensive for the end consumers. Therefore, it is safe to say that LG’s Roll-Up TV will take time to penetrate into the market.

LG in the Market of Mega Screen Displays

This year LG didn’t keep its TV innovation to a roll-up screen. It also reportedly introduced 82 inches model that is said to be the biggest OLED in the world.

Earlier reports emerged that LG was likely to supply OLEDs to smartphone giant Apple. With this South Korean giant will tap into another lucrative market.

But how far the South Korean tech giants takes the future of TV screens will be a real thing to watch out.

What is the Best Time to Buy A TV in UK