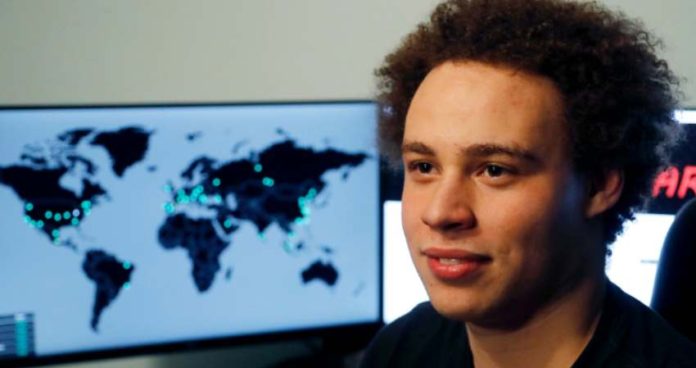 Famous cybersecurity expert Marcus Hutchins who is known from his blogger name MalwareTech has pleaded guilty for writing malware used to steal banking information like passwords and selling it. Hutchins who was hailed as a hero for ending WannaCry ransomware may get 10 years of the prison sentence.

Where law enforcement agencies around the world are facing an increasing demand for cybersecurity experts it seems the United States and in particular, the FBI tends to prosecute them. Marcus Hutchins, a twenty-five-year-old British born programmer may get ten years in the prison for making a malware virus Kronos and an updated version of UPAS. On top of that, he had also lied to the FBI. So far he has been indicted on ten charges which are dropped to two as a result of a plea deal.

Marcus Hutchins the scammer turned cybersecurity expert was on his way home in the UK when he was arrested at the Las Vegas airport on August 2, 2017. During the plea deal in April, the gifted programmer accepted his responsibility for his action. He later helped the FBI in finding a kill switch for WannaCry ransomware that affected banks and websites of the UK hospitals and thousands of users after it was installed on their windows. The ransomware would allow culprits to take control of the users’ file and then demand a hefty amount from them in return of giving them access.

It encrypted user data and then forced the user to pay a hefty ransom to a hacker group for data decryption in the form of bitcoins.

Since his arrest in 2017 Marcus  Hutchins after the filing of the lawsuit, was stopped from leaving the country. He was allowed to work as a cybersecurity consultant to support himself. His work as a cyber-security expert has helped companies improve their security.

He Intended To Make Millions

According to the prosecution  Hutchins had sold Kronos to someone in Wisconsin and personally delivered the software to someone in California. The prosecution did not disclose the total number of people Kronos was sold to and was not sure of how much money he had made from it