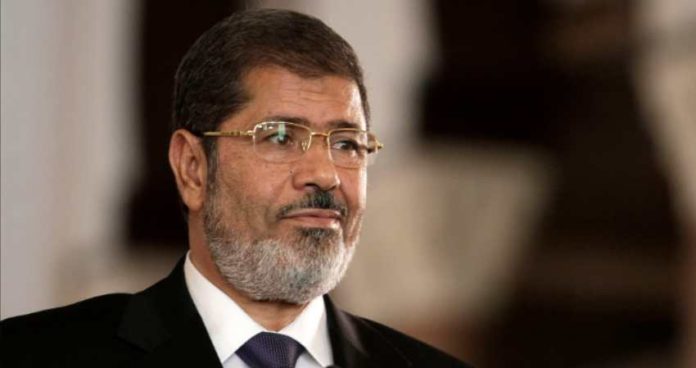 Egypt’s first democratically elected ex-president Muhammed Morsi passed away on 17 June 2019 in a courtroom during a trial. Morsi was removed from power in 2013 when the chief of army staff Abdul Fattah al-Sisi overthrew him and announced the formation of an interim government.

Mistreatment with Morsi At the Hand of Authoritarian Regime

The ex-president was on trial for espionage and failing to control the deplorable economic condition of the country. While on trial, , Morsi suddenly lost conscience and fell. He was later transported to the nearest hospital where he was pronounced dead upon arrival.

According to media reports he died as a result of a heart attack. He was a senior member of the Muslim Brotherhood (Ikhwan-al-Musalmeen) a political party who for years, was trying to increase its influence in the region. His death is said to be loss for Muslim Brotherhood.

According to some of his closest allies, Morsi was poorly treated while he was in state custody. He was denied medical assistance; he was barred from meeting his lawyer and was given mediocre quality food. According to the amnesty international, a human rights group that fights for human rights the way Muhammed Morsi was treated was nothing short of inhuman.

Morsi Was Subjected To Mental Torture

He was kept in solitary confinement for 23 hours a day which according to the international law is a form of torture and hence a crime. His family was allowed to meet him three times a month. To many, it seems that the state wanted to kill Morsi without taking the blame.

His son Abdullah told the media that the government didn’t even disclose the whereabouts of the body and were not allowing them to bury him in his hometown of Nile Delta province of Sharqiya, instead, they wanted to bury him somewhere else.

Muhammad Morsi’s  death has come as a shock to many of his close allies. The Turkish president Tayyab Erdogan expressed his sorrow and blamed his death on the tyrant’s president. While the Amir of Qatar Sheikh Tamim bin Hamad Al Thani expressed that he was heartbroken.

Crispin Blunt, a British MP who had met the ex-president while he was in custody warned of his bad health and requested he be taken care off. He further commented that a high-level investigation should be launched to apprehend the culprits as soon as possible.