Tensions in India over CAA (Citizenship Amendment Act) are growing every day. Controversial act which is a threat to India’s secular fabric is now disclosing the divide in bollywood. Recently, veteran bollywood actor Naseeruddin Shah in an interview with Wire expressed his opinion on CAA.

The actor talked about what he thought of this consititutional amendment as a citizen of India. He also condemnded the state’s brutality on students and potestors. As the interview progressed he opined why some bollywood actors have not spoken any word regarding this and why some like Anupam Kher are so vocal about CAA.

Naseeruddin Shah on Why Anupam Kher Is Showing Support for CAA

“Somone like Anupam Kher is very vocal. I don’t think he needs to be taken seriously, he is a clown, any number of his contemporaries can attest his psychopahntic nature. It’s in his blood. He can’t help It.”

In reply to Naseeruddin Shah’s statement Anupam Kher released a video. The actors said, “Thanks for my praise but I don’t take you or your opinions seriously.”

“I have never bad mouthed about you ever but now I will say that you in your whole life, despite getting huge success have spent in frustration. If you can criticize Dilip Kumar, Rajesh Khanna, Amitabh Bachchan, Shahrukh Khan and Virat Kohli then I am sure I am in great company. And, no one among these have taken your statements seriously.”

What Is So Wrong with CAA for Naseeruddin Shah

While talking to the anchor Sidharth Bhatla on why he felt repressed after CAA the actor said, ” I thought my passport, my voter identity card, my driver’s licence, my adhar card, would be enough to prove me an Indian, doesn’t the fact that five generations of my family have been bred here”.

He further added, “I have lived 70 years of my life here. I have served the country in every little way I could, in the field of eduction or in the environmental issues or social issues. If that could not prove my Indianness then what does. And I don’t have a birth certificate and I dont think many can produce one.”

He also said, “I don’t need any reassurances that muslims don’t need to be worried. I am not worried. … I am not afraid, I am not anxious, I am angry.”

Naseeruddin Shah also showed his concern for the students and intellectuals who were being victimised by the Indian government.

He also lauded the courage of Deepila Pedukone who took such courageous step and showed her support for JNU students who were attacked by goons. 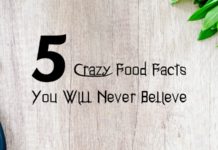 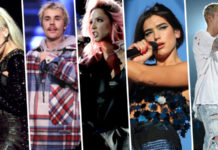 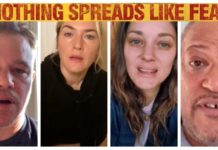 Here Are the Top Stress Management Apps During Time of Coronavirus

Why Ehd e Wafa’s Gulzar Was the Most Iconic Character from...

Here Is What Final Episode of Ehd e Wafa Is All...