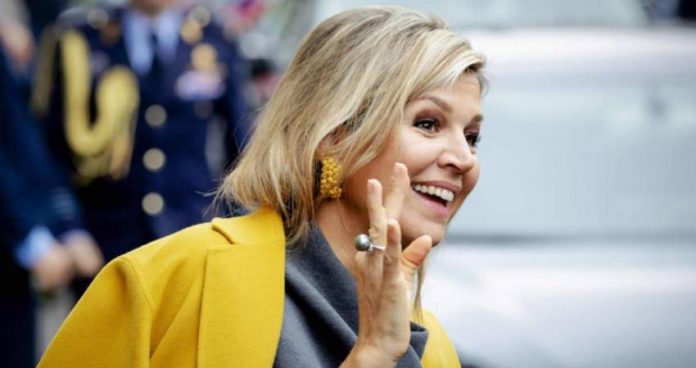 After the Duke and Duchess of Cambridge’s visit to Pakistan Queen Maxima of Netherlands has arrived in Pakistan to kick start her two-day tour. During her tour, the Queen will meet the president Arif Alvi and Prime Minister Imran Khan of Pakistan.

Queen Maxima received a warm welcome at Nur Khan Air Base by Pakistan’s foreign minister Shah Mehmood Qureshi and members of Netherlands Embassy in Pakistan. She later attended a meeting related to financial inclusion in Pakistan. She also praised Pakistan for making progress in the sector and introducing products to overcome financial inclusion and outline the aspects which still needed improvement.

UNSGSA Will Meet The President And PM of Pakistan

Queen is visiting Pakistan as the United Nations Secretary General’s Special Advocate (UNSGSA). She will meet various stakeholders from the public and private sector of Pakistan to further strengthen the economic ties between the countries. The Dutch Queen will also meet President Arif Alvi and Prime Minister of Pakistan, along with prominent business personalities of the fin-tech sector.

The Dutch royal will also be attending the launch of the Micro Payment Gateway, which is an initiative launched by the State Bank Of Pakistan to reduce the costs of small payments and boost digital transactions to promote financial inclusion.

Pakistanis from all over Pakistan and the word are welcoming the Queen with open hands and are overjoyed.

A Pakistani artist to commemorate this special occasion has prepared a portrait of the Queen that will be presented to her during her visit.

Geert Wilders a known Indian sympathizer and Islamaphobe who in the past has committed acts of blasphemy by deliberatly organizing Anti-Islam art competitions and propagating hate speech against muslims commenting on the matter, expressed his anger.

No Last Name for British Royal Family Here Is Why