A Brexit With Deal or No-Deal Brexit- Which One Is Better? 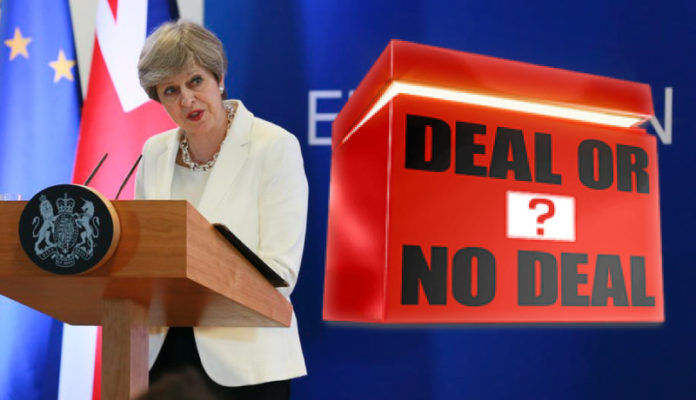 Coming years are going to pose a serious challenge for UK economy due to uncertainties looming over Brexit. People are worried about the outcome if MPs who have already detested Theresa May’s Brexit deal, vote against it. If House of Commons rejects the deal that has already got a green signal from EU (European Union) then results can be in the form of general election, another referendum or a No Deal Brexit which is going to be the worst consequence.

Does that mean that House of Commons should vote for Theresa May’s Brexit deal which is posing challenge for the Prime Minister as no one seems to agree with it.

Let’s have a look at the repercussion of each of these cases.

What Will be Impact of No Deal Brexit

If Brexit deal doesn’t get an approval from House of Common, UK might go for a No Deal Brexit which seems quite unlikely given its worst impacts.

It Can Trigger an Economic Recession

Economic meltdown as a result of No Deal Brexit is an obvious outcome. Even Bank of England warned that a Brexit without any deal could cause a 2008 like recession.

An Increase in Price of Goods in UK

UK’s departure from EU without any negotiations means no transition period. So, after the Brexit leave date, UK will face external tarrifs of EU (European Union), which will result an increase in price of commodities imported from that region.

Almost 3.5 million EU citizens live in UK and 1.5 million UK citizens EU. They own businesses and jobs their. After a Brexit with no deal the future of these citizens will be uncertain. They might need to apply again for continue working or follow some new regulations. In fact, there will be a disturbance due to new immigration rules and it will impact the job market as well.

Delays in Imports and Exports

The movement of goods from EU to UK and vice versa will also not remain easy due to customs regulations which will apply in case of no-deal regulations according to the laws of each party. Again, this is something that will impact businesses in a long run and they will consider shifting their manufacturer base.

The Issue of Irish Border

So a No Deal Brexit also implies that border between Republic of Ireland and Northern Ireland will be now the frontier between UK and EU that will fall under jurisdiction of customs and immigration laws; something which is not acceptable for UK citizens who want to avoid a harsh Irish border.

Leaving EU without any deal or negotiation can even expose UK to a security risk in absence of shared intelligence.

The UK security minister has added his view today on how a "no deal' Brexit "could" negatively impact the UK's domestic security situation and place it at greater risk of terror attacks #UK #Security https://t.co/yVVcjIbjva pic.twitter.com/wq6TMYAP9B

Till now, there doesn’t seem to be any consensus on Theresa May’s Brexit deal due to Backstop provision that can undermine the very purpose of Brexit, if applicable. But a No-Brexit deal is also not an option as it offers the worst economic impacts in short run.