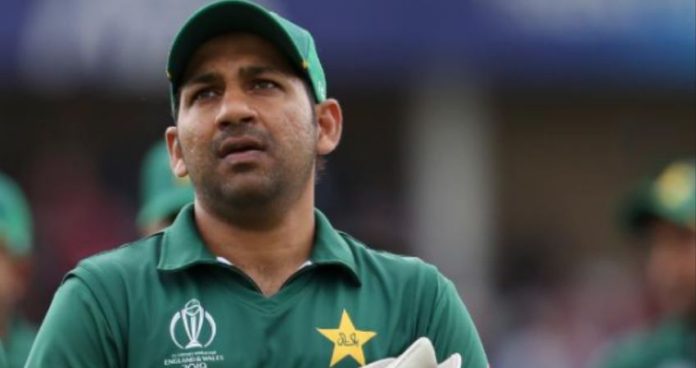 Pakistani skipper Sarfaraz Ahmed faced the worst criticism after his team lost to India in a world cup match. Now Pakistanis are jumping in to defend him for doing all he could to support and keep the team on track. Earlier they trolled him for yawning in the field and now they are trending #IStandWithSarfaraz to acknowledge his achievements and boost his morale for the rest of the matches.

But, it seems that not everyone is on the same page in this matter as many fans are still criticising his bad performance in the past.

Fans while reminding their fellow Pakistani supporters that this is just game and nothing more. You win some, and you lose some there’s no point in thrashing Safaraz as it is the most immature thing to do, rather than make fun of him we should stand by our team and hope for the best.

While others reminded fellow fans to look at the team’s overall performance stats from WC 2015 to WC 2019 before criticizing or supporting Sarfaraz because performance during his tenure of captaincy had not been so remarkable.

Lobbying in any sports team is a dangerous thing as it will upset the team unity and cause others to perform poorly, so a good captain, unlike Sarfaraz who has the boards backing is needed to prevent such a thing from happening. So this guy was supporting Sarfaraz because he thought him to be the victim of Shoaib Malik’s lobbying in the team.

For many, even the thought of supporting the captain is disgraceful. During the match, his body language and mannerism were so unprofessional. His actions have shamed Pakistan, so there is no point in running such trends to support him.

People celebrate and cheer in favor of the team when it wins. Similarly, they should also be patient and supportive when their team loses because not all battles can be won as not all are lost. There is always room for improvement and the team including the captain should do their best.