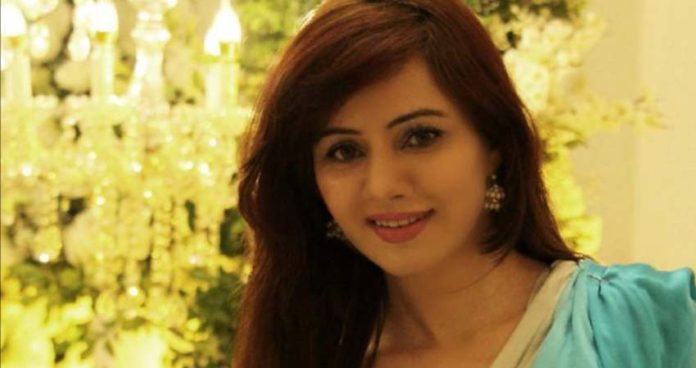 A personal video of Pakistani pop singer Rabi Peerzada showing her in a partial nude has gotten leaked, and people are ticked at the person who has done such a heinous crime. The video didn’t get leaked with the intent of the singer who had reportedly sold her phone and someone recovered the deleted data from there.

Since, the pictures and videos went viral social media folks are urging to not share them as it is breach of privacy.

Rabi Peerzada Is In The LimeLight For All The Wrong Reasons

The recently leaked video of the Pakistani TV host in a partial nude state went viral on the internet and it has outraged many. People have taken to the internet requesting authorities to take the video down and asking others not to spread the video out of respect for the girl.

According to one twitter user, the video was leaked by her ex-boyfriend, who had her icloud password and to get back at her, he leaked this video.

Could It be A Diversion?

It is inevitable for people to not come up with their own theories when certain surprising things happen. In case of Rabi Peerzada when at one hand people are asking authorities to take action according to cyber crime law there are those who are suggesting this fiasco a conspiracy theory to distract public from ongoing Azadi March train accident.

There seemed no end to the theories or the conspiracy theories regarding the incident.

Well, the event might not be planned but the chances of it being staged can’t be neglected since #RabiPirzada was trending and tweets seemed to follow a pattern.

Whatever the truth is, the fact that someone is sharing the personal videos and pictures of a public figure is disgusting. It doesn’t matter whether a person is a celebrity or a common citizen, he/she should have a right to privacy and relevant authorities must take actions to curb such practices. This is what some woke Twitter users are also demanding.

Need to be More Careful in Digital Era

In this age of advanced technology, the need to exercise caution has rised. People need to realise the possible negative implication they may face as a result of their actions. This holds especially true when it comes to girls who out of sheer love and trust send their lovers nudes of themselves only to realise the price they have paid.