What Resident Evil Village Characters Are Making Appearance in the Latest Part? 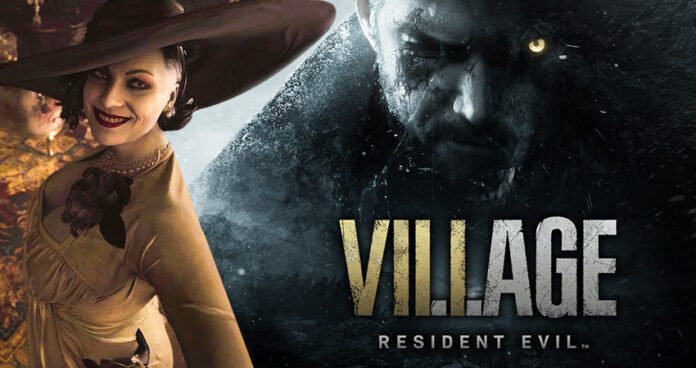 Resident Evil Village is the eighth installment of the series which is releasing very soon. The game claims to offer new excitements, adventures, horrors, and action sequences. One of the most significant aspects of the game is its characters. There are new ones to add suspense but some originals are also coming back to feed nostalgia. Players might not find it the same as the survival horror game they once knew because the developers have given it a lot of new traits.

The game has experienced twenty-four years of evolution since the first Resident Evil was released in 1996. Gamers must remember Leon S. Kennedy, the protagonist of the second part whose hairstyle became popular among the 90s kids. Chris Redfield, who is the hero of the Village, began the whole venture with the very first part. Things about the game that makes it special in the gaming world are the characters’ appearances and abilities to survive the horrors.

According to some gamers, Resident Evil Village is a part of an iconic survival-horror game series. All the parts have created such an image of characters that players feel affiliated with them. For instance, Chris Redfield, a mainstay of the entire Resident Evil’s twenty-four years of journey, can’t be dropped out of the game. His presence is mandatory and the players expect him to be the action figure that fights off the creatures of the night. The Former S.T.A.R.S member is set to be a specialist for a counter bioterror NGO, BSAA.

Ethan Winters, the protagonist of Resident Evil 7 is once again coming to encounter the monsters. Winters started living a low-key life with his wife, Mia under the BSAA’s protection.

The third main character is Mia Winters, Ethan’s spouse. For reference, Resident evil lovers must remember the Baker home incident since Mia was one of the members of those Bioweapon developers who planned it. Her role in the game isn’t disclosed yet.

Other Characters and Lords of the Village

Resident Evil Village is one of the most anticipated upcoming games of 2021. It is recognized through the gameplay of the dark characters along with the main ones. Besides, it has some terrific entities that make the game a success.

Mother Miranda is a mysterious woman who rules the village as four lords serve her. She has a profound image and the villagers are committed, loyal, and faithful to her. She wears a mask to hide her true identity, which is quite suspenseful.

Alcina Dimitrescu is another interesting character that has an odd personality. Her glowing eyes give villagers the chills. Her bewitching appearance and attitude precede her reputation as a dark personality. She is the mistress of the castle and doesn’t even bother thinking about the village.

Salvatore Moreau is one of the lords that serve Mother Miranda. A very strange-looking creature who wears a robe to hide his appearance from the prying eyes.

The second lord Donna Beneviento is a creepy character who keeps a scary doll, Angie, and lives in a valley filled and surrounded by fog all the time. She wears a dark veil all the time, which makes her a mysterious woman in the village.

Karl Heisenberg is among the lords serving Miranda. He happens to be an incredibly genius engineer who lives in a factory outside the village. The most interesting things about him are his giant hammer and his attitude.

Why Resident Evil Village Should be The Gamer’s First Priority in 2021?

Resident Evil Village seems like a nostalgic game that revives the childhood of 90’s kids since it has Chris, the first hero. Moreover, the plot along with the features including sound effects, visual graphics, and advanced means of playing the game makes it a wonder in 2021.

However, critics say that the game is more like its part 4, which was more action and less horror. Seemingly the 8th installment will also be less spooky and more action. All in all, the whole series is popular, which is why Netflix announced a complete drama-animated season ‘Resident evil infinite darkness’.

For many gamers, this masterpiece is the excitement booster and so this makes it a priority for many Resident Evil lovers. It is coming on PS5, PS4, Xbox Series X, Xbox One, Steam, Google Stadia, and PC on 7th May.