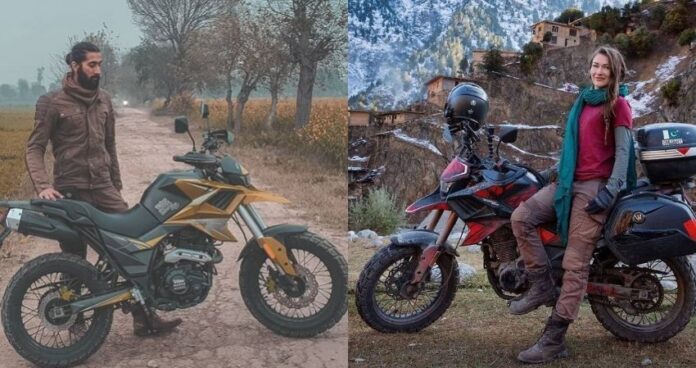 The Canadian vlogger, Rosie Gabrielle, and Pakistani travel vlogger, Adeel Amer recently became a couple. Gabrielle took the liberty to talk about her wedding with the Amer on social media. She shared her happy thoughts to let the world know about her decision regarding her marriage. Her Instagram account confirmed the wedding as her posts revealed long and loveable captions.

What Does Rosie Gabrielle Think about Her Wedding?

Last year, the Canadian vlogger visited Pakistan and embraced Islam. Supposedly, her journey towards marrying a Pakistani started from that particular moment. In her Instagram post, she described how she fell in love with the country as well as its people. Although recently, she posted on one of social media platforms’ news feed about her marriage. She also explained how she surrendered and let fate decide about her soulmate. However, the vlogger also mentioned that Amer is the one she had been searching for. As per her social media post, she believes that Adeel Amer is her best friend and companion for life.

Besides, the couple shared a dance at their wedding which became viral among their fans.

Who Are Adeel Amer And Rosie?

Rosie Gabrielle and Amer are popular social media personalities since both have a good number of followers. Their work describes their reputation and social media stars. Adeel Amer is a Pakistani travel vlogger who explores different parts of the country and shows the world his adventures.

Rosie Gabrielle also happens to be a vlogger from Canada who has a special talent. In a world, where people seemingly promote the thought of women empowerment, the biker girl seems to achieve such milestones. Most of the people admire her way of doing the vlogs which allegedly influence other girls.

What Do Fans Think About The New Couple?

Similar to many Pakistani celebrities, the vloggers are also gaining recognition today by doing something productive in their line of work. Thus, the news about their marriage became a hot topic for many of their fans.

Presently, Rosie Gabrielle was very much appreciated by her Pakistani fans since she became a Muslim after embracing Islam. Most of the people shared their responses on social media regarding how she chose the right path. Her social media was filled with a great deal of wishes as every entity who admired her, commented below the post. The word ‘congratulations’ became an emotion for the newly wedded couple.

Previously, When the biker vlogger posted on Instagram regarding her conversion to Islam, she grasped the attention of numerous people. Many criticized her as they predicted that she would regret her decision. Some allegedly tried to defame the religion with their comments. An ironic thing was that some of the critics were coming from the Canadians who happen to live in a state that passed an Anti-Islamophobic law in 2017 to avoid terrorism. Also, marrying a Pakistani man turned out to be a hot topic for the disparagers.