What Is Recent Catalonia Crisis in Spain All About? 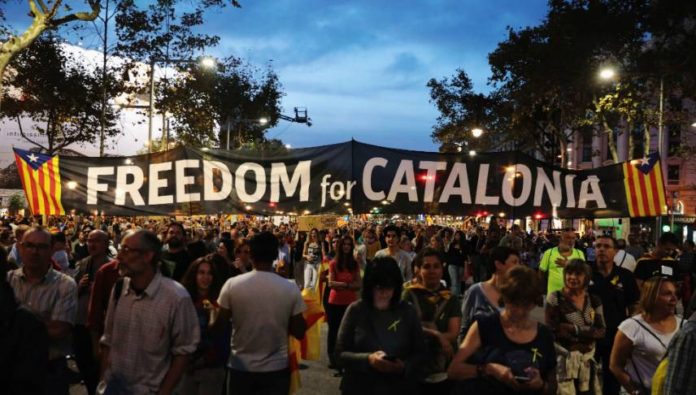 Be it Kashmir, Hong Kong or Catalonia, the second half of 2019 has been cruel for semi-autonomous or indirectly controlled states of the world.

Earlier, there were protests in Hong Kong over bill about extradition to China then it was illegal annexation of Kashmir with India and now it is imprisonment of Catalan leaders.

Lately, it is the Catalonia crisis which is making the citizens of the world scratching their heads over resurgence of nationalist movements in the era of globalisation and where do democratic values stand in response to this.

Back Drop of Catalonia Crisis

Catalonia is a major metropolitan area that lies in the northeastern part of Spain and borders France. The region stands distinct due to its unique culture, language and traditions. Before  Spain emerged as the country it is today, the region was divided into various small and large kingdoms that were ruled by different kings.

Though Catalonia is an economically developed region powered by modern infrastructure it was semi-autonomous before 2017 referendum in which 90% of the 43% voters had voted for separation. The Spanish government instead of accepting the results had announced elections in December of the same year. The election was then won by the Spanish nationalist leaders but Catalan nationalists had regained control of the region in June 2018.

From Semi-Autonomous To Complete Autonomy

Over the years,  Catalonia has slowly developed into a semi-autonomous region that has established itself as a major financial hub with some of the most developed and modern infrastructure.

What are said to be the unjust policies of Spain like heavy taxation have sparked a desire for Catalonia independence. The separatist sections complaint that the money collected in turn, is used to develop other parts of Spain while the revenue generating region remains static.

The recent crisis in Catalonia dates back to 2017 referendum that Spanish government had termed illegal. Recently, the Supreme Court of Spain had sentenced Catalan leaders who supported the referendum in 2017 for 9 to 13 years of imprisonment. The decision had infuriated the Catalan nationalists and separatists who want their leaders (rebels for Spanish government) to see free.

Independence Is The Only Solution

Millions of Catalans took to the streets of Barcelona to demonstrate their sheer dismay over the government’s decision to arrest their leaders involved in the 2017 referendum. One protester, while talking to the media, had this to say, “We are an independent culture with our own values. The Spanish government needs to realise this.We have borne the mistreatment of the government for too long. Independence is the only way to ensure a better future for ourselves and our families.”