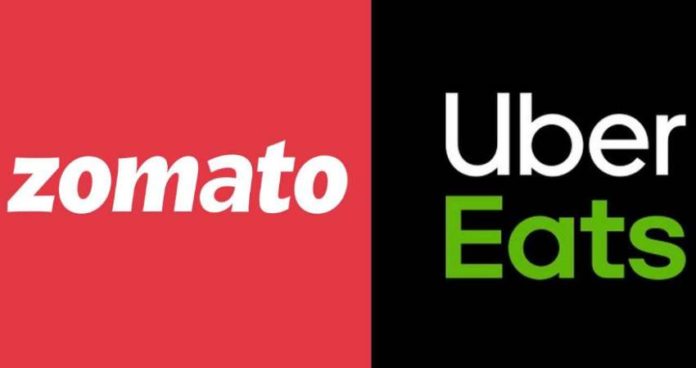 Swiggy another food delivery app of India was facing a tough time from its competitors Zomato and Uber Eats. Now when intolerant Indians are boycotting Zomato and Uber Eats for their comments on religion Swiggy is definitely cashing on the situation.

It all began with Zomato’s savage reply to a customer who canceled his order just because his delivery boy was not a Hindu. Later Uber Eats through its tweet appreciated Zomato’s stand and supported it. Since then all hell had broken loose and people mainly religious bigots and supporters of Hindutva ideology had started criticizing both the companies.

But Swiggy Is Happy

Everything was going so smoothly for Uber Eats India before it voiced its support for Zomato. Critics who were already high in flames questioned the need for Uber Eats to jump onto the bandwagon only to get itself ridiculed and lose its customers.

Other feel that this was a publicity stunt that went bad for Uber Eats.

People are deleting Uber eats and Zomato apps from their phones. So this must be how Swiggy is feeling.

There Were Some More Mixed Reactions

It seems that Uber Eats and Zomato are indifferent to this campaign.

Why They Were Not Discussing Some More Important Issues

Indians despite having one of the world’s strongest and fastest-growing economies still have a long way to go before they call or even consider themselves a developed country. One twitter user while stressing the need to fix those problems had this to say

Was Uber Eat Conscious Enough Before Giving Its Statement?

Every organization has rules and regulation that it follows before making any public statement or posting something online to prevent any defamation to the company. It seems that Uber Eats was on weed while supporting Zomato.

It is a standard business rule the decrease in business for your competitor means an increase in your business giving you a chance to rejoice the victory. And this meme explains how Swiggy must have felt.