The US Is No Threat To Us- Says IRGC General 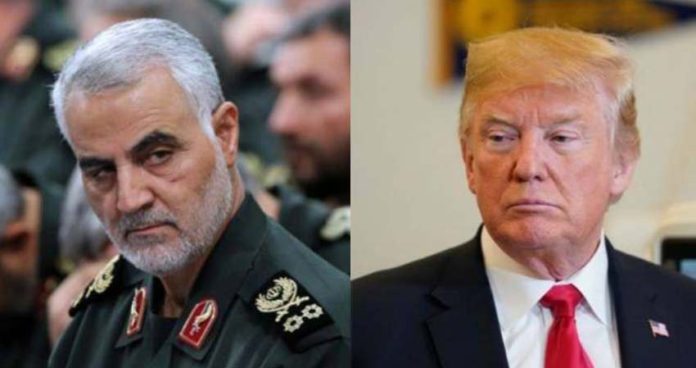 The head of the IRGC General   Hossein Salami, behind closed doors, said told the parliamentarians that the US was no threat to Iranian security and assured that Iran can cause major damage.

We Have Enough Weapons to Protect Ourselves says IRGC General

military strength to attack Iran; hence it was unlikely for them to attack. Another top military official confirmed to the media that if the US acted out of line, Iran possessed the weapons that could deal heavy damage to it.

Since Washington and Iran’s partial withdrawal for the nuclear deal, the tensions between the two countries have been high. America in an attempt to stop Iran and force it to remain committed to the old deal has placed different types of sanctions and labeled IRGC a terrorist organization.

After receiving reports of a series of attacks by Iranian proxy the US deployed an aircraft craft carrier group along with a squadron of B-52 bombers and another. The carrier reportedly houses at least 60 planes with 6000 workforces.

“In the past, this would have been a problem for Iran, but now this is a great opportunity”,

said the head of IRGC’s aerospace division, Amirali Hajizadeh, while talking to media.IRGC Generals have assured the county that they are ready for anything

EU Reaction on This Matter

Despite agreeing that America has forced Iran to retaliate in this way The EU along with other countries like Russia and China are advising Iran not to withdraw from the deal. In return Iran gave them 60 days to produce a diluted version of the original deal allowing Iran to produce more uranium

The White House had reportedly passed a telephone number to Switzerland for contacting Trump in case Iranian officials wanted to hold talks.