Theresa May Not To Last Long As PM – Citibank 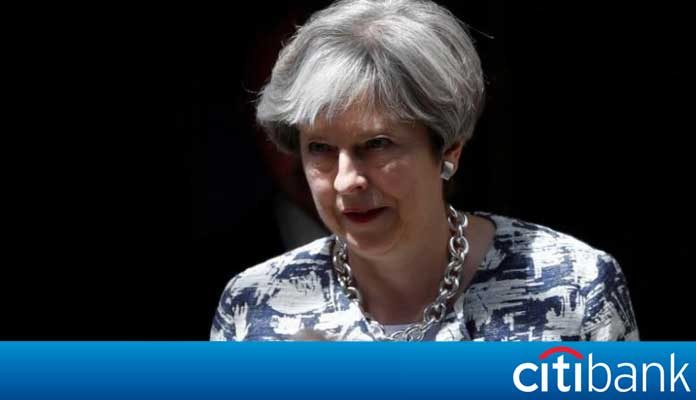 The Citibank predicts gloomy Theresa May future saying PM will not remain in power for long. The bank recommends its customers to embrace themselves for another election by the end of this year.

The research note suggests a period of ‘uncertainty’ lying ahead. The bank suggests that the Prime Minister led a poor campaign and thus would eventually resign.

Gloomy Theresa May Future and Instability

The bank suggests gloomy Theresa May future and that her current position remains unstable. Furthermore, she is facing hostile political opposition from Brexit supporters as well as Remainders.

The Deal with DUP

Deal with the DUP by Theresa May suggests the frustration of the Conservatives with the election results. The Tories have not been able to win with a clear majority, failing to make a government.

As a result of union with DUP, Theresa May pledged extra £1 billion for Northern Ireland. However, if the DUP still does not support Theresa May, she may not be able to sustain her government.

Citibank gloomy Theresa May future also focuses on the anticipated anti-Brexit media. The bank maintains that her government will also come under immense pressure from the anti-Brexit media. Furthermore, the bank said that it does not see May’s Prime Minister position to sustain beyond few months. She may be able to maintain her position for a year at the most (as per the bank). Similarly, the bank sees a lot of opportunities for rebellion against Theresa May’s government in the parliament.

Legal Challenge to Union with DUP

The union with DUP has given Theresa May a much bigger legal challenge to surmount. The union breaches the Good Friday agreement.

The Good Friday agreement was pivotal to the peace process between the UK and Northern Ireland. The deal presented a devolved government system

Some political analysts also believe that this union between the two parties may jeopardize the Northern Ireland’s peace process.

Theresa May gave a statement saying that she and her party were committed to the Good Friday agreement. She further stated that upon reaching an agreement with DUP, the party would unveil the details to the public.

DUP knows what it wants from the Conservatives government. However, the wants of the DUP do not come cheap. The price tag for the union stands at £1 billion in funding for the Northern Ireland. On contrary, millions across the United Kingdom are facing the austerity measures. 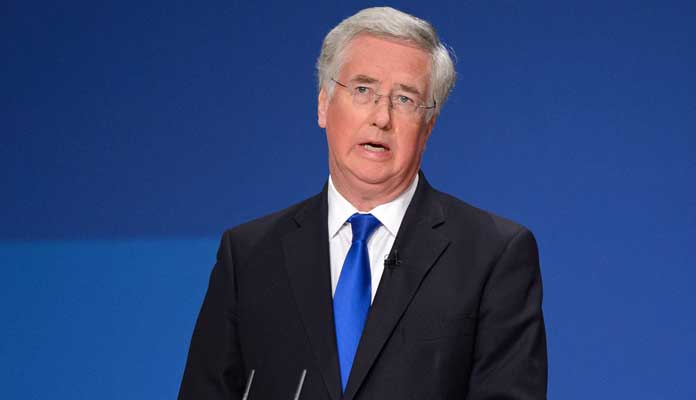 The British Defense Secretary Michael Fallon stated that the British Government must not start openly spending money despite funds announced for Northern Ireland. The Secretary defended Theresa May’s decision of spending more money into the Northern Ireland. He said that Conservatives are right to invest in those parts of the country that do not have the prosperity like other parties of the country.

The Conservatives argue that Northern Ireland did need this massive investment. The party says that the money would go to improving the infrastructure. Theresa May party also claims that the investment will help grow private employment opportunities in Northern Ireland.

Difference of Opinion on Range of Issues

The union between DUP and Conservatives is that of a compromise. The two parties differ on some issues. The two sides have differing views on creationism, same-sex marriage, and abortion. Despite Theresa May firmly claiming her party’s differing position, it will not be easy for Conservatives to disassociate from the DUP.

Theresa May along with other party leaders tried their best to create a more modern and liberal image of the Conservatives. However, political analysts believe that they will not be able to succeed since they will have to compromise on some issues.