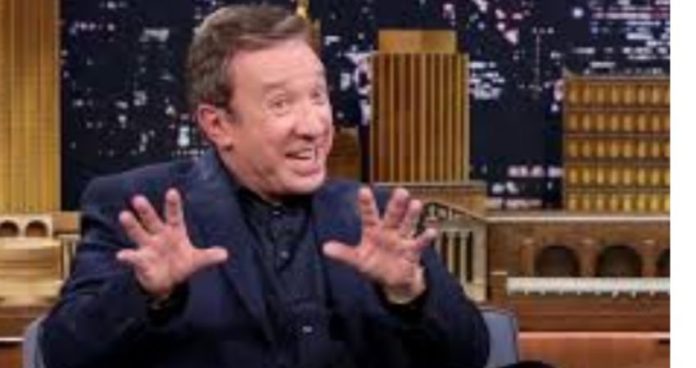 Tim Allen is one of Hollywood’s most well-known names. He is known for playing the iconic role of Tim Taylor on the hit TV show home improvement and doing the voice over of buzz in the Toy Story series. During an interview, the star told that he didn’t  know how to play spades, and people started trolling him.

The home improvement star a few years ago while talking to the media told that he didn’t find the n-word offensive at all and should be allowed to use it freely without being judged for no apparent reason. It seems that moment is coming back to haunt him.

Quit Being a Drama Mama

For many, the Hollywood A-lister is just another drama mamma and should not be allowed to walk for the tantrum he threw. Contrary to this, Tom Hanks on the other played it smooth and went along with what the host said

The people are praising Hanks for the way he conducted himself

The Toy Story movie series are so old many of us grew up watching them. The chemistry between Woody played by Hanks and Buzz played by Tim is phenomenal.  They make the charters come alive for the audience but for many it’s quite the opposite. Some think that Buzz is the worst character in the entire series.

Over the year, Tim Allen has progressively become an open racist who has no regards for anything at all and to watch him fell uncomfortable is nothing short of a treat.

This user seeing Tim’s name trend on social media for not knowing how to play spades is stupid, and it makes them wonder what is wrong with people.