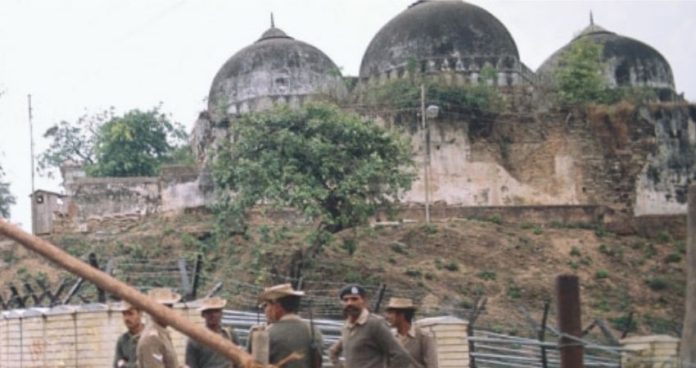 Supreme Court of India is to announce the Ayodhya verdict about Ram Janambhoomi- Babri Masjid case on Novermber 9 at 10:30 am reportedly. The government has imposed section 144 to avoid any clashes between conflicting parties that might arise as a result of verdict.

India has braced itself for highly anticipated Ayodhya verdict. Strict security measures have been taken in UP (Utter Pardesh) the province where Ayodhya is located.

According to media reports thousands of para military personnel have been deployed in the temple town and drones are being used to monitor the law and order situation. The governments in UP, Karnataka, Madhya Pardesh and Dehli have ordered to close the state schools and other educational institutions from Saturday to Monday.

Apart from this BJP and RSS leaders held meetings with Muslim clerics to ensure that everyone would keep calm irrespective of the judgement.

Indians Appealing the Concerned Parties to Make Peace Their Priority

The decades old Ayodhya dispute is a very sensitive matter in India’s history and has given rise to several communal disputes between India and Pakistan. Now when the Supreme Court is finally set to deliver the verdict Indian intelligentsia, journalists and other concerned factions of the society are requesting Hindus, Muslims and particularly the most concerned parties to choose peace and unity over disruption and clashes.

A request to display common decency.

They are urging everyone to welcome the verdict and abstain from violence.

Prominent students leader and a voice of human rights in India, Umer Khalid wishes that peace and harmony prevails in India, after the verdict.

While the situation is sensitive people are still making meme out of it.

The Ayodhya dispute is all about at 2.77 acre piece of land that both Hindus and Muslims claim that belongs to them. It is the place where Babri Masjid, built by muhghal emperor Babar was built in sixteenth centuries. Hindus in India claim there was Ram’s temple on this place before the mosque was built. Filing of a series of lawsuits in 1950s, 60s and 80s by Gopal Singh Visharad, Paramahansa Ramachandra Das, Nirmohi Akahara and Central Wakf Board and a series of political events the dispute reached to a point in December 6, 1992 when the structure was demolished leading to riots that killed thousands of people.

In a verdict of four different lawsuits Allahabad High Court had announced to equally partition the disputed Ayodhya land among the conflicting parties. The case was then taken to the apex court which is now all set announce its judgement.

What Is the Significance of Kartarpur Corridor on India Pakistan Border