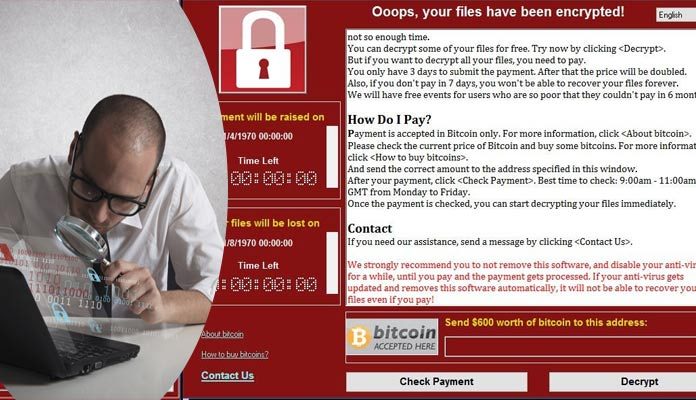 The wanna cry virus has infected computers all over the world. However, a security researcher claims that has got the cure for this problem.

The Solution to Wanna Cry Virus

The hacker behind the wanna cry virus gives its victim the private key upon payment of the amount. Only after having the key, the user can access their files and private data. However, the researcher by the name of Guinet claims he got the access without paying any ransom.

Do Not Reboot Your Computer

For the wanna cry key to work on your computer, you must not reboot it. You got to be lucky as well for the technique to work.

The cyber security research Guinet has released the software “Wannakey” for decrypting the infected computers. The researcher gives a caution that he has not used this technique on a large scale. So, it may or may not for the infected personal computers. It may mean potentially recovering the data already lost because of the wanna cry virus.

Once the boy hacked into the smart meters of his father’s residence, the father immediately reported that to the local power company. The father of the kid got similar notice people received in other parts of the world.

Here are the contents of the message.

The message read that the man’s smart meter is got hacked causing a blackout. The worm affecting his smart meters is different, and he will not be able to find any online solution to it. And he will need the help of the person who sent the notice to get rid of the blackout.

The message further read that the individual who sent the message can help and promise on their honor. The person guarantees he will resolve this issue or else he will double the maintenance fee. The notice also had a QR code belonging to the man’s son.

The actual story came out when the electrician from the local utility company determined that the central circuit of the home was switched off. The home as per the electrician is using smart meters, but not connected to the internet. The father’s boy was not happy with his son’s mischief. Later Gao told the media he did not increase his son’s pocket money because he thought his son was in a relationship.