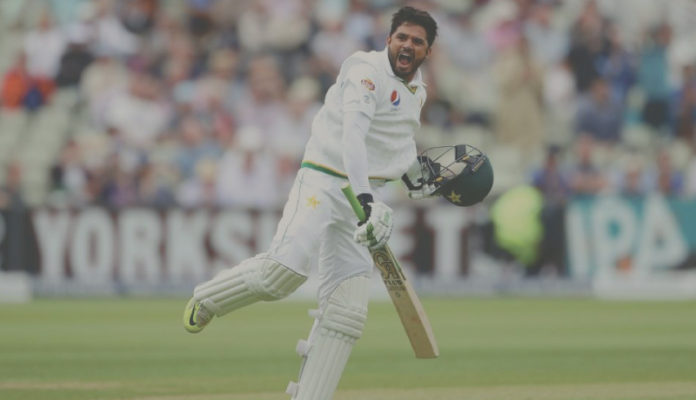 International cricket in general and Pakistani cricket, in particular, saw the funniest ever moment in the field in the form of Azhar Ali’s run out. Pakistani fans who should have been worried about another batsman going back to the pavilion took the event on a lighter note and enjoyed it wholeheartedly.

Pakistani batsman Azhar Ali paid the price of high confidence. He was playing against Australia on the third day of the second test match of the series. The cricketer had already made 64 runs and had a firm position on the crease.

In 53 overs he tried to hit a boundary on the ball of Peter Siddle. But, the ball stopped a few inches away from the boundary. Meanwhile, Azhar Ali’s partner batsman Asad Shafique reached the other side of wicket and duo started chatting. They didn’t realize when the Mitchel Starc raced the ball to skipper Tim Paine who knocked the bails off resulting in the funniest Azhar Ali run out.

And, here began the treat for Twitterati.

The Most chill run out in cricket history 😀#Azharali pic.twitter.com/3rsXpXcOG5

Sports is all about entertainment and not always about winning or losing. So, people were quite right to say how Azhar Ali’s run out was fun.

His wicket gone but he has entertained us… 😂😂#AzharAli

Their mid-pitch chat was too much important that Asad Shafique didn’t feel like saving Azhar Ali.

Also it seems #AsadShafiq was enjoying the mid pitch chat. And did not really wanted to save his dumb partner. #azharali i https://t.co/tETBeB5v0m

Was it an embarrassing moment only because they were busy in a live chat. Well, it is interesting to think what was so important that made batsmen careless about what was happening around.

They should also reveal what they were actually discussing.

Cricket proves to be a resource of endless memes for Pakistanis. The unforgettable PSL 2018 moments are just one example. So, Azhar Ali’s run out is going to be a treat for meme brigade who just need one such stuff to create a bundle of relatable stories and the jokes.

They already started interpreting the situation in different scenarios.

A Thing of Street Cricket

Till now we have seen such run outs in school cricket and street cricket. Seeing, this drama in international cricket is indeed something amazing and surprising.

Whether Pakistani team wins the test series against Australia or loses it, one thing is sure that Azhar Ali’s run out has become of the most memorable moments of cricket and the batsman’s life as a meme has just begun. Well, the guys will need to tell the nation what was so important and what they were actually discussing.