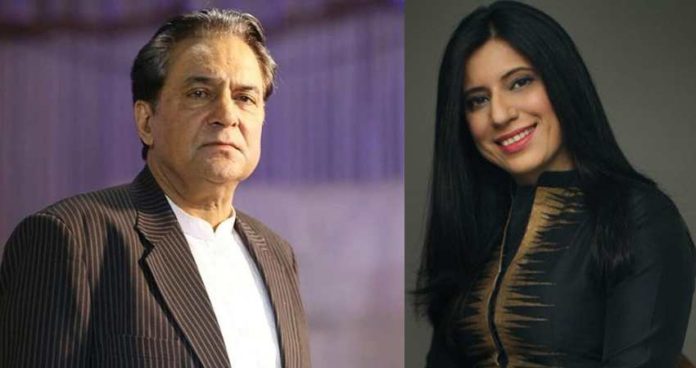 People are tweeting in favors of Firdous Jamal after Momina Duraid Production also known as MD production blacklisted him canceled all their contracts with him.

Momina Duraid has canceled contracts with Firdous Jamal due to his believed to be misogynist comments about Mahira Khan. Jamal in an interview with Faisal Qureshi had remarked that Mahira was not heroine stuff as she was aging and the rules like those of mothers suited her well.

In response to these controversial comments, MD production has canceled all its contract and blacklisted the veteran actor. The news regarding the cancelation of contracts was announced through social media along with the following comments.

Freedom of speech is the right of everyone. People have the right to form an opinion about anything and express it. To simply fire such a veteran actor whom we all have grown up watching just because he expressed his opinion about her is nonsense.

Some fans felt that it is the viewers’ right to decide whom they want to watch on TV and not the production houses decision. They further requested that someone highlight the production companies work so that everyone can boycott it.

The Production house has blown the whole thing out of proportion and reshaped it into something it was never meant to be. It’s high time we either understand the proper use of the feminism card, or we stop using it at all.

Firdous Jamal is a legendary actor who has acted in more the three hundred drams. He started his career with a drama serial called Badnami Dey Toway. From there he went on to become one of the most notable and respectable personalities of the Pakistani drama industry.