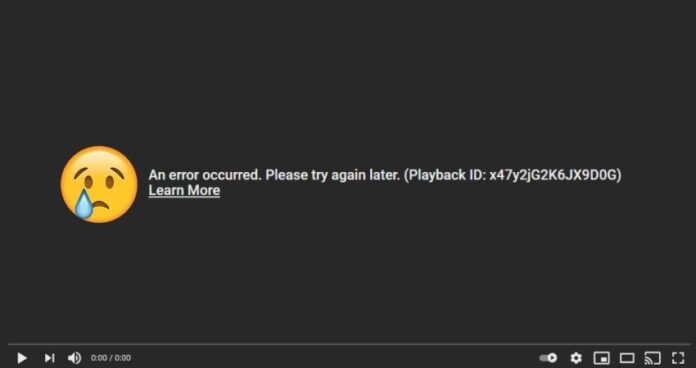 As usual, the social media community did not waste any time posting hilarious YouTube down memes after the videos stopped playing for a short time on 18th May. It was the first night of Google I/O 2021, which will last till 20th May. The playback error did not affect everyone the same way. For some the video gradually dropped in visual quality before crashing entirely and for others, the video failed to play altogether. The issue also affected YouTube TV and YouTube Music.

Users tried to work a way around this error and found that if they looked for the YouTube video via a search engine then it would play fine. However, the monitors of site availability like DownForEveryoneOrJustMe reported that the entire YouTube site was down.

The issue wasn’t clear which led the community to find their entertainment in making memes about the situation. It was like a trend where people specifically used a YouTube down hashtag to post their memes.

Social media users explained in memes how different individuals would have reacted to this situation. They were relatable for many like this one, where someone would be shattered to know that they would not get to watch videos on YouTube to calm down themselves after a busy day.

Those who were used to eating their food along with YouTube were probably sadder than the others. Last time, YouTube went down for masses in December 2020, due to which Google suffered a revenue loss.

Some meme-makers wondered how YouTube would approach the outage this time. It surely did not want to lose revenue so probably it overutilized some of its technicians.

Sleeping Through the Chaos

The error occurred at time when people were probably sleeping in most countries. They also shared their expression on the matter to follow the ongoing trend.

Time to Have Some Fun with Friends

Perhaps there were also those who spend most of their time watching content on YouTube while skipping out on many things. Maybe friends got a chance to hang out and do some other activities.

This Time it Wasn’t the Wi-Fi

Whenever the grey circle on YouTube video looks like it’s on an endless loop, people usually curse their internet and some also abuse their Wi-Fi router. Smartphone users might have tried to switch between mobile data and Wi-Fi in an attempt to make the video work, before realizing the actual issue.

Its a Smart Error

The error that became the reason for YouTube down memes, had a funny way of causing trouble. It appeared that when users faced the error in video playback, the ad in the beginning still played. It led users to believe that even if the video failed to play on YouTube’s video player, it still got monetized. However, it is not clear whether YouTube or the uploader would be paid for the ads, which were showing before the start of videos with playback error.

The pressure and stampede of YouTube down memes from all over the world were a little overwhelming. The tech giant had to make it clear in a series of tweets that it has fixed the issue. However, users kept reporting errors about not being able to access some of YouTube’s services. It again reported after some hours that they have been fixed the issues and now users should not face any. They didn’t make it clear what the problem was.

YouTube’s social media team has asked the users to keep reporting if they find something unusual. It might mean that the problem is not completely fixed as some users reported the same playback issue. Other reported issues were related to channel dashboard, Adsense, monetization, and payment. Moreover, it could also mean that users would keep on sharing YouTube down memes until the site works normally.