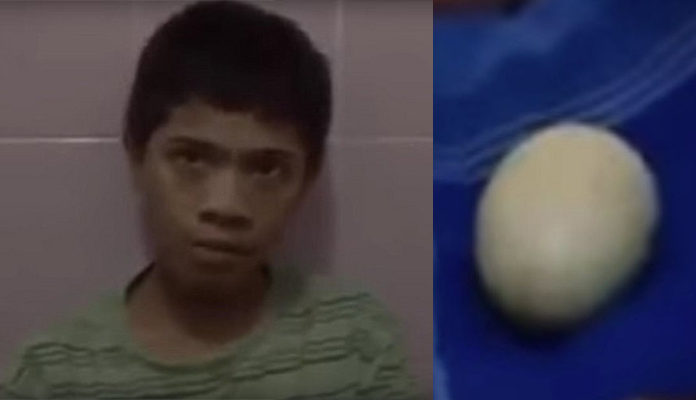 Here comes one of the weirdest news of the time, as an Indonesian teenager baffles the doctors for allegedly lying 20 eggs in two years.

14 years old Akmal who is from Gowa a province in South Sulawesi Indonesia, has shocked the doctors for claiming to lay 20 eggs within two years. The boy laid two eggs in the hospital too.

According to media reports, Indonesian teenager Akmal who is the son of an Imam Masjid has also remained hospitalized for his condition. His situation seems to be enigmatic more than the solved mystery of Bermuda Triangle. The boy has squeezed out nearly two dozen eggs through his rectum, something impossible for doctors to comprehend and believe. 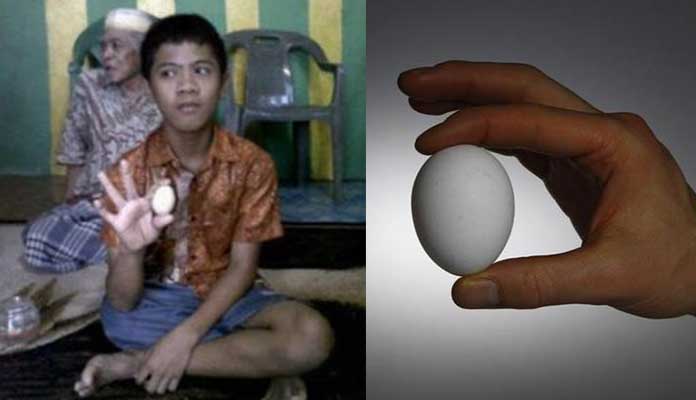 What Do Doctors Think?

Akmal also laid two eggs in front of doctors. Further, an X-ray report that was displayed on different websites also shows an egg placed in the rectum of the boy.

According to reports, doctors suspect that eggs were shoved into Akmal’s rectum as there is no way for a human body to produce chicken eggs that too in the digestive system.

But, father of the Indonesian teenager denied the doctors’ suspicions reportedly. He also told that his son even didn’t swallow an egg.

“He never swallowed eggs whole, why would he do that? I am an imam in my village, so there’s no voodoo. I only believe in the lord.” Said the Akmal’s father while talking to local media.

His father also told that he cracked the eggs allegedly laid by Akmal and they were either all white or all yolk.

Reports also suggest that doctors sent the eggs for a laboratory test and they turned out to be the chicken-eggs.

What could be the Answer?

Every day hundreds of weird things happen in this world; they seem to be shocking as well as entertaining. But, the case of Indonesian teenager appears to be nothing less than a conjured up story, if looked at the doctors’ bafflement. The father of the boy has also denied being a Voodoo by showing his firm belief in God. So, what can be the reason?

On the flipside, one can’t deny the possibility of father and son being true because everything can be expected to happen. Well, the doctors have put the boy in quarantine, and they are monitoring him. Let’s see if something exciting and intriguing comes out of the story.