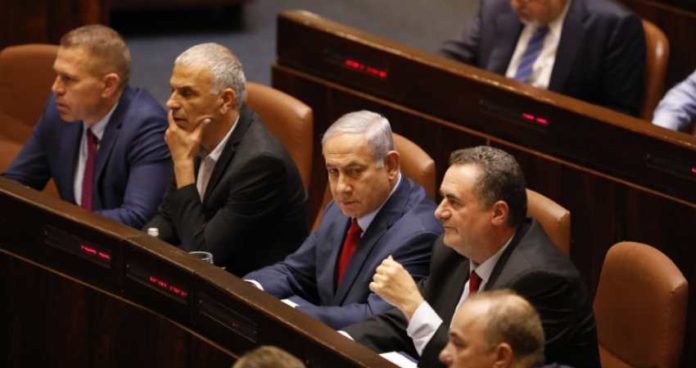 The Israeli parliament on Wednesday after voting 74-45 dissolved itself. Israel’s current Prime Minister failed to create a coalition forcing the country into a second election the same year;r something that has never happened before.

When Will Second Elections in Israel Begin?

The Israeli parliament consists of 120 seats. A political party needs to win 61 seats to form government. Never in the history of Israel has any party won all 61 seats and ended up creating a majority government; instead, the government formed has always been a coalition between different political parties.

After winning the election for the fifth time Benjamin Netanyahu and his Likud party had to make a coalition government but failed.  Therefore, after missing the deadline on Wednesday the parliament voted to dissolve itself forcing the country to conduct a second election.

Despite offering prominent ministries to opposition parties and other conservative parties, Netanyahu failed to form a coalition. According to media reports, the main reason behind the party’s refusal to accept any offer was a military bill regarding the military exemption of conscripting ultra-Orthodox Jewish seminary students.

To prevent Israeli President Reuven Rivlin from choosing another member of parliament to make the new coalition government, Netanyahu pushed for another election. While speaking to the media after vote BIBI expressed his happiness by saying, “We’ll run a sharp, clear election campaign which will bring us victory. We’ll win, we’ll win, and the public will win.”

It is Not Going to be Easy for Bibi

Despite facing some of the stiffest competition from the former military chief of staff Benny Gantz Netanyahu still won for the fifth time. However, he failed to bring enough parties together or win 61 seats resulting in a second election which will take place in the same year.

Benjamin Netanyahu Set to be Longest Serving PM Of Israel

Bilal
Bilal is a graduate in Economics and Political Science. He has a keen interest in political and economic issues. He conducts in-depth analysis on policy matters and produces research-based reports to keep the readers equipped with latest facts.
RELATED ARTICLES
<div class="td_module_flex td_mo