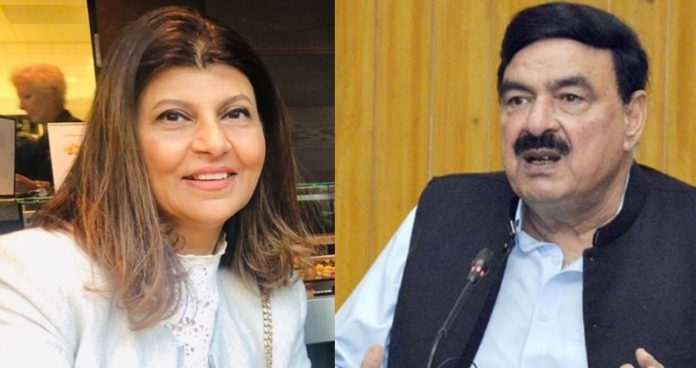 There was an expected spike in coronavirus cases ever since the government decided not to extend lockdown. Number of coronavirus patients in Pakistan has crossed the figure of 100,000. Every passing day, thousands of more cases are adding. Many Pakistani celebrities and politicians including Rubina Ashraf and Sheikh Rashid have also affected as the nation struggles in curbing the spread of the pandemic.

Total coronavirus cases in Pakistan have crossed 104,000 and around 2067 people have died. Currently 34,355 have managed to recover. The government has made it clear that it will not impose lockdown, whatever happens. Public is paying the heavy toll of this decision.

Legendary tv and film actress Rubina Ashraf was tested positive for Covid-19 on 3rd June. She quarantined herself at her home at first but her health started to deteriorate. She was having respiratory problems when she was taken to ICU. Rumours of her death were circulating on the internet but it was confirmed that she was getting better and her family had appealed to the public to pray and wish her well instead of spreading rumours.

Many celebrities including Humayun Saeed, Mahira Khan, Nida & Yasir Nawaz, Shagufta Ejaz, and Sajid Hasan sent prayers to Rubina Ashraf. The news of her critical state was shared on twitter by legendary actor Sajid Hasan and later he confirmed that she was feeling better.

Screenwriter, actor, director who is famous for hosting Mazaaq-Raat comedy shows has tested positive for coronavirus. Chaudhry is not suffering from symptoms and he has informed every person who he came in contact with. Apart from presenting Mazaaq-Raat, he has also written the screenplay for Jawani Phir Nahi Ani 2 which is still the highest grossing film of Pakistan.

The stand-up comedian hilariously announced that he had contracted coronavirus. He also mentioned that he had mild symptoms and required love and prayers from everyone. Many people showered him with love and he responded by thanking them.

To keep entertaining his fans, he took a jibe at the government for grave mismanagement of the pandemic

States and Frontier Regions and Narcotics Control Minister, Sheryar Afridi was tested positive on 30th May.

Former PM, Shahid Khaqan Abbasi has also contracted coronavirus. Currently, he is the senior vice president of PML-N and he is a member of opposition who firmly stood against the decision of coronavirus lockdown.

Another PML-N member Tariq Fazal has isolated himself after testing positive for coronavirus. He confirmed that he contracted virus after coming in contact with Shahid Khaqan Abbasi

Railway Minister, Sheikh Rasheed got himself tested after his secretary was tested positive for coronavirus. After the positive result, he quarantined himself and claimed that he had no symptoms. He also announced that he will retest in 7 days. Sheikh has held many press conferences and attended several meetings, including the visits to the PM house. He kept on saying that he wore a mask and followed social distancing rules at all times.