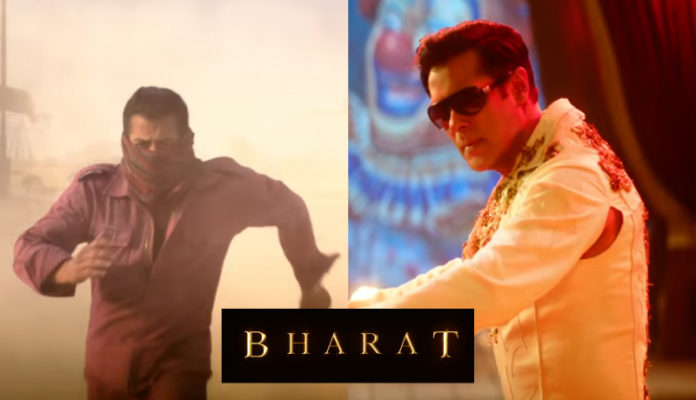 Teaser of Salman Khan’s Bharat is finally out giving social media another dose of entertainment. The much anticipated film which is all set to release on Eid 2019 is reportedly based on a Korean drama, An Ode to My Father

Those who think that Bharat refers to India are wrong because Bharat is the name of Salman Khan in the movie.

Film’s teaser begins with a heartwrenching scene of partition showing an overcrowded train in Pakistan with a powerful dialogue in Salman Khan’s voice; saying, “People ask me my surname, my caste, my religion. And, I tell them that my father named me Bharat after this country, and to put any tint of caste, religion or surname, would be huge disservice to this name and this nation.”

And, the very same dialogue gave way to initial memes.

Salman Khan’s Bharat will see the star in several different roles. As teaser shows Khan playing a navy officer, a miner, a stunt man, an ageing person and what not.

Khan’s multi-role character has remained a center of discussion among social media brigade.

They got a material to poke fun on rest of the salman’s brothers who are not as much famous as Salman himself is.

Some Jokes were on how beneficial it can be to adopt the name of a country. Like, you can get away with laws for exhibiting patriotism?

There couldn’t have been a better meme of this situation.

For Bharat it was all about aura of Salman Khan the Bhai of Bollywood but the real winners were those Gully Boy memes from Alia Bhatt and Ranveer Singh starrer.

Where Was Katrina Kaif in Salman Khan’s Bharat Teaser ?

Katrina Kaif is the female lead in Salman Khan’s Bharat. But, she didn’t appear in the first teaser. Well, fans succeeded in spotting her in some rare shots.

And, we are no even sure if she is Katrina.

Salman Khan and Katrina Kaif always give blockbusters together. Their film Tiger Zinda hai was one of the highest grossing Bollywood films of 2017.

Apart from Salman Khan and Katrina Kaif, Tabu, Desha Patani, Jackie Shroff and Asif Sheikh are prominent actors. The film is directed by Abbas Zafar Mastan. Earlier, it was reported that Priyanka Chopra was to be the female lead of Bharat but she left the film. And fans were speculating if Priyanka Chopra left Bharat to marry Nick Jonas or there was some other reason.

Here is the Teaser…

Well, Salman Khan’s Bharat looks good from the teaser and fans hope that they will get a fair share of cinema entertainment on upcoming Eid.