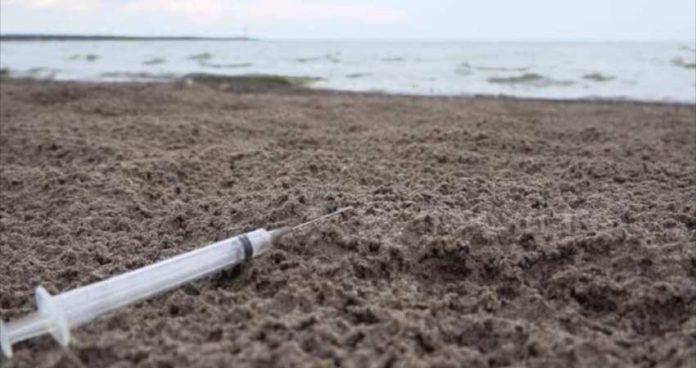 Reports of waste popping up on Karachi beach have been coming forth for too long but not one could even dare imagine that medical waste will one day start showing up on the shores of Karachi. While taking a morning walk presumably Shaneira Akram AKA the bhabi of Pakistan posted a video showing medical remains that had washed up on the beach.

Shaneira Akram Is Demanding That Clifton Be Shut Down

Clifton was once considered to be one of the most posh and expensive areas of Karachi. There was a time when people would kill to get a place in Clifton or close to the beach. With the passage of time due to poor waste disposal system and negligence of the governing bodies waste kept on piling up. Now it’s reached a point where once the city of lights now looks like the city of filth and now shockingly medical waste is showing up on the beaches of Karachi.

Shaneira Akram while posting pictures of the current deplorable condition the Clifton beach is in asked people not go there. She asked the people and the government to unite to solve this problem.

The Beach Is Biohazard

She requests the government to close the beach until all the medical waste and other waste products had been disposed of properly. The beach is a complete biohazard, and there is a strong need to impose an emergency for.

The police in response to the video she posted assured her and the people of Karachi that the beach has been cornered off and nobody is allowed to enter the place until further notice.

What Is Climate Change? Causes and Effects of Global Warming