British Skydivers Encounter a Near Miss with USAF Fighters 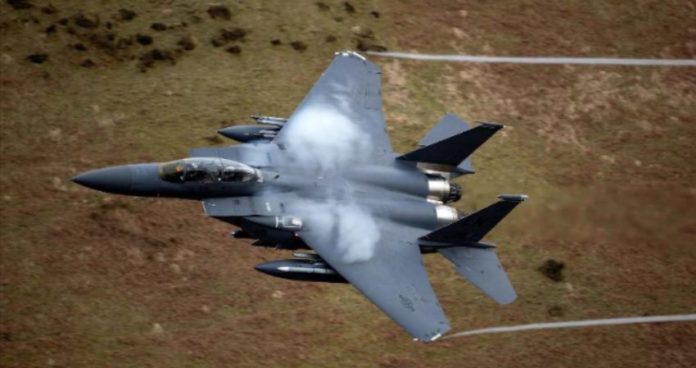 Two British skydivers earlier this year had a close encounter with two US fighters stationed at a nearby airfield said a UK aviation expert working for the British government.

British Skydivers Were In Free Fall When They Spotted the Jets

According to the reports prepared by the UK Airprox Board, two British skydivers jumped out of a plane over Chatteris Airfield. After jumping out of the plane and reaching a free-fall speed of 120 miles per hour, the parachutes’ spotted two fast movers traveling towards them at a rate of 350 miles per hour. There was a little they could at this point as they had no control over their speed or direction.

The investigation conducted determined that the pair of F-15’s was operated by the USAF 48th fighter wing.  They were unaware of the parachutes position.

Pilots Uninformed about Presence of Divers

By the time the pilots became aware of their presence, there was little they could do to avoid hitting them. Despite the odds, the pilots somehow managed to avoid the skydivers.

Are the Pilots to Blame?

Regardless of the miscommunication that occurred the pilots were aware of the fact that the airfield was used for skydiving and should have avoided passing through that airspace or should have asked the air traffic controller regarding the presence of skydivers in the area, said the report.

Since then officials have taken steps to prevent such incidents from occurring in the near future and have been reminded as to why they should avoid Chatteris parachuting site in the future.

Which Is the Best Fighter Jet in the World Today