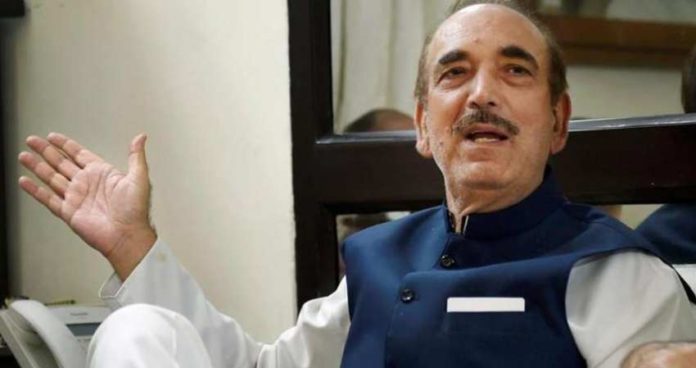 The Indian Supreme Court on Monday ordered the Modi government to end the 40-days long curfew that resulted in a severe shortage of food and essential lifesaving drugs in the state of Kashmir. They further demanded that Congress MP Ghulam Nabi be allowed to enter Kashmir

On Monday in a hearing regarding the revisal of abrogation of article 370 and 35(A) of the Indian constitution a panel of Supreme Court judges comprising of Indian Chief Justice Ranjan Gogoi, as well as Justices S A Bobde and S Abdul Nazeer ordered the Indian government to end the 40 days long curfew in Kashmir and release all Kashmiri leaders that have been placed under house arrest as a result of public safety Act of India.

They further ordered Congress MP Ghulam Nabi, a resident of Kashmir who has been denied entrance into the occupied state since the curfew to enter the state and brief the council regarding the agitated situation in Kashmir. If required we will visit the state ourselves the panel of judges added.

While talking to the media, the chief justice of India Ranjan Gogoi said “Mr. Nabi’s visit is a non-political visit. Hence he will not be taking part in any political activity taking place in Kashmir. He will only go there to formulate a formal report on the ground situation in the state.

the Kashmiri Congress MP while talking to the media said:” before the supreme court’s decision multiple attempts have been made by me and other Kashmiri’s to enter Jammu but we were forced to return from the airport which was  very insulting.”

The state of Kashmir has been under curfew for 40 days and now nobody has been allowed in or out of the state. Food rations and essential lifesaving drugs are at an all-time low.