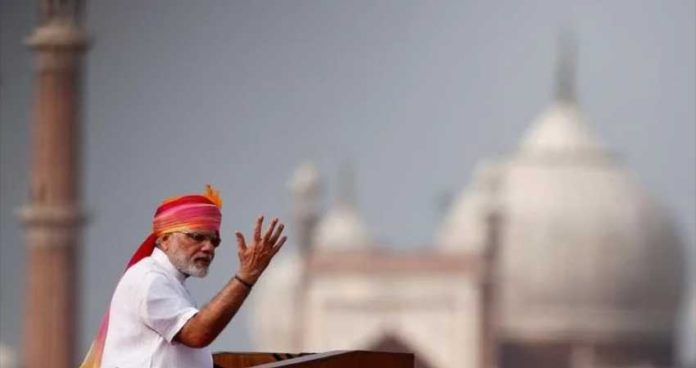 The countdown has begun after exit polls of Indian elections.  Early election reports show Modi in the lead. For BJP and Modi this is good news, but for some religious minorities, this is a cause of concern as the return of BJP and, Modi in particular, will give rise to increased level of Hindu nationalism in so-called secular India.

Ever since Modi came to power, there has been a steady rise in the Hindu nationalists’ movements throughout the country.  According to Human Rights Watch, hate crime against religious minorities has significantly increased under the BJP regime.

Different Hindu vigilante groups like the Gauo Raksha or cow protectors have killed dozen of innocent people, especially Muslims for allegedly slaughtering and transporting cow meat; as the animal is sacred for Hindus.

Fear among India’s minority community for the return of Modi is associated with the risk of return of violence and hate crime.

According to research done at the privately-run Aziz Premji University in the southern city of Bangalore, the rise of nationalist sentiments have also threatened the economic status of minorities. Ever since the BJP came to power unemployment and poverty amongst the religious minorities has skyrocketed in the last five years.

As per Modi’s 2014 mandate, he aimed to reduce corruption, create jobs and build a robust manufacturing industrial complex that would elevate Indians industrial might to a whole new level but looking at the current situation one can only wonder and be amazed at how much digressive progressive the country has made.

Many minorities epically from amongst the Hindus known as the Dalit’s have staged numerous protests against the government demanding the introduction of policies against discrimination on the basis of cast.

Various corruption scandals like the Rafael scandal and the growing Hindu nationalist movements has given Modi a bad reputation on the international level. Just recently time magazine declared him to be the worst thing to happen to India. Under his rule, according to experts India has never been more divided.

Since Modi came into power India’s relations with its neighboring country, Pakistan has deteriorated and it has led to increasing tensions in the region hence bringing the two countries closer to the brink of war. Modi government also faces the accusation of using Pulwama attack for political point scoring. Despite all his failures and shortcomings a majority of Indians still support him and hail him as a hero.

War of Words on Social Media between India and Pakistan