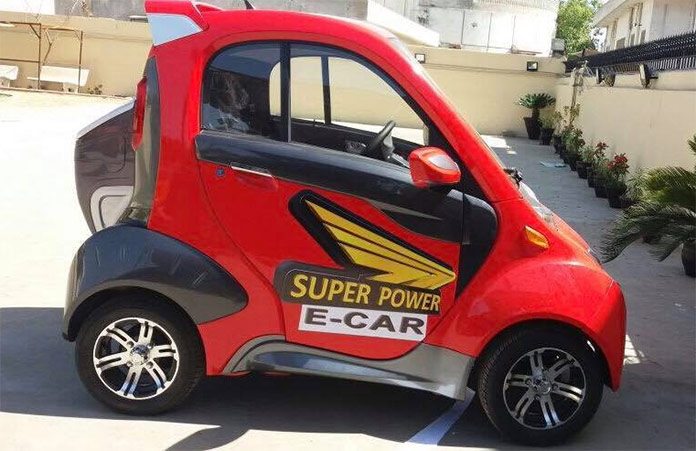 Here is what he said about the target market of the electric cars in Pakistan the company wants to focus.

“Its target market is not specific. People from all age groups can drive this car.

We believe the market for E-cars market will grow much faster in the coming years so we have decided to enter this market.”

Details About Launch of Electric Cars in Pakistan 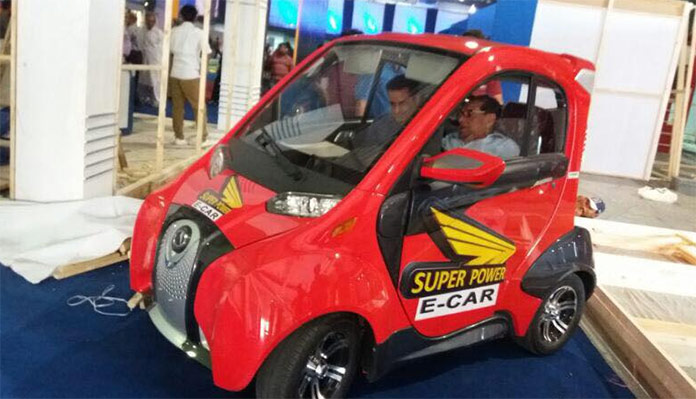 The Superpower electric vehicles can go up to speeds of 50 kilometers per hour and cover a distance of around 120 kilometers. The cars feature electric batteries of 12 volts. Consumers can charge their vehicles at their homes the way they charge their UPS. The company, according to its spokesperson, thought it mandatory to introduce electric vehicles in Pakistan which could be charged like an ordinary UPS as there are no electric charging stations available.

Electric Cars in Pakistan – Do We Need Them?

Electric cars can surely get launched in Pakistan.

First, electric vehicles are smaller in size and easy to maneuver. The increasing parking and traveling problems due to traffic make them ideal for driving in a busy metropolis like Lahore, Karachi, or Islamabad.

Second, the electric cars help reduce the amount of carbon footprint. The gasoline run cars pollute the environment.  A drive to shift towards greener electric vehicles is possibly a good way to reduce pollution.

Third, electric cars world over are cheaper to fuel than gasoline vehicles. Although, the Superpower company has not shared the total cost of charging each car. But if they are producing energy efficient vehicles, it will help reduce pollution.

Fifth, electric cars usually require little maintenance as you do not need to change their engine oil after some time.

Here are some potential limitations of electric cars in Pakistan.

First, there are no public charging stations available in Pakistan where consumers can charge their vehicles.

Second, electric cars are still very expensive when compared to the gasoline driven cars without any after-market value established. So, a lot of consumers who consider the vehicle as an investment may not potentially buy them.

Third, short driving range and low speed make these cars ideal for city use. However, it takes longer to charge these cars and would potentially mean consumers are not traveling on them for longer distances.

Pakistan is a country short of electricity. A car that needs to remain continuously plugged for 7 hours may need to be charged for 14 hours as most parts of the country do not receive a continuous flow of electricity.

Besides the potential limitations, electric cars certainly make an excellent addition to the transport options available to the customers. If the government can solve the electricity problems and these vehicles reduce their charging times and increase travel distances per charge, they certainly would become a suitable alternative to the gasoline driven cars.